How to Evolve Gimmighoul to Gholdengo in Pokémon Scarlet and Violet 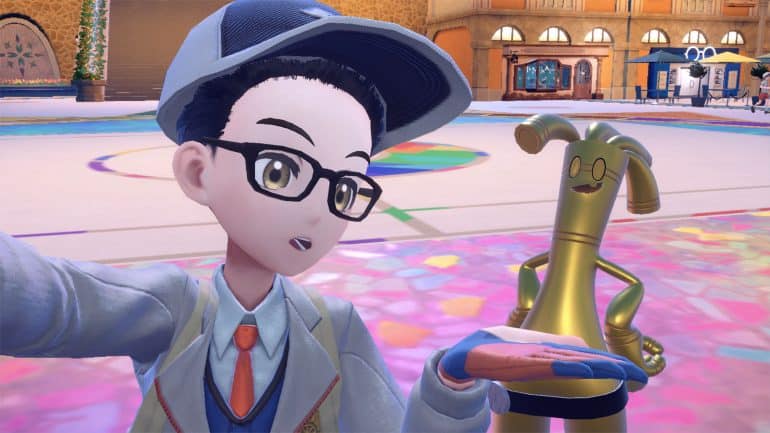 Gholdengo is one of the newest Pokémon introduced in Pokémon Scarlet and Violet. Seemingly born from a stack of coins, it re-introduces one unique evolution method back in the new game.

In this guide, we will talk about how to evolve Gimmighoul to a Gholdengo and share some tips and tricks on how to get one in the game.

Gimmighouls make up the bulk of the entire evolution process as these Pokémon are known to look for coins that they can horde. Gimmighouls have two forms, the Roaming Form and the Chest Form and they can be found in several places.

Roaming Forms are often found in ruins, standing near signboards, or on top of any man-made items like platforms or crates. They’re not often seen in paths or in open spaces (unless there’s one of those things mentioned nearby), but that does not stop them from being spotted in peculiar places like mountain tops or cliffs. When in Roaming Form, Gimmighouls cannot be captured, but once interacted with, it can drop from 1 to 10 Gimmighoul Coins.

Chest Forms are often found on the tops of look-out towers and rarely in other peculiar places. When interacted with, it will start a fight. Chest Forms can be caught or defeated, and doing so will yield from 30 to 70 Gimmighoul Coins.

Both forms can respawn after a few real-time hours, allowing to collect more coins that are needed for the evolution.

How to Evolve a Gimmighoul to a Gholdengo

Once you have amassed 999 Gimmighoul Coins and captured a Chest Form Gimmighoul, you can then level up your Gimmighoul to trigger the evolution to a Gholdengo.

Keep in mind that this will also use up all the coins that you have in your bag. You cannot carry more than 999 coins at a time (defeating more Gimmighouls at this point simply yields no coin), so in order to get more coins, you must spend it all on getting a Gholdengo first.