How to find Ditto in Pokémon Scarlet and Violet 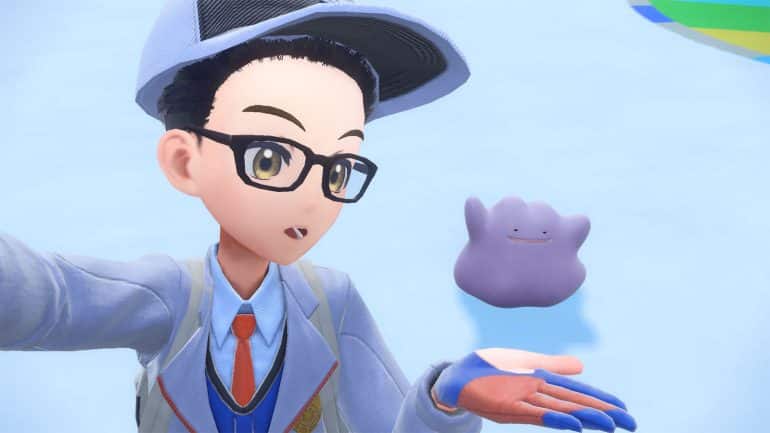 Ditto is one of the OG Pokémon to make it back in Pokémon Scarlet and Violet. It is also one of the most popular one from some trainers due to its usefulness for breeding with other Pokémon. In this latest game, players can see Ditto’s transformation ability in action – that is, if they can spot one as the same ability makes it harder for players to find a Ditto in the wild.

In this guide, we’ll talk about some tips on where and how to find Ditto in Pokémon Scarlet and Violet.

Where to find Ditto in Paldea

Dittos roam freely in the West Province Areas Two and Three. The catch is that they do not show up in their default form, but rather they take up the image of the Pokémon that are living in the same area. Because of this, it can become a chore to find one.

How to find a Ditto in Paldea

As mentioned before, Dittos in this game can actively disguise themselves as other Pokémon while out in the wild. They look exactly the same as other Pokémon; they even have mastered copying faces unlike in the animated series where they retain their simplistic faces.

The best way to find a Ditto is with the help of the map and the mini-map. However, it’s best to understand that the Pokémon icons that appear on the map do not guarantee that those particular Pokémon can be seen once you visit those spots; the icons indicate that these particular Pokémon will be spawning or have spawned in the general vicinity of the marked area.

One sure-fire way to find out that the Pokémon you’re looking at is a Ditto is by getting near them and then pressing on the L2 button to focus on them. It will make their name appear on top of their head, and the name would still show up as “Ditto” even if they are in disguise.

Keep your eye out on the Ditto icon on the mini-map or on the map from time to time. Another technique that you can use to refresh the icons on the map is to move to any direction until the icons that are currently showing disappear. Then, open your map and it should load a new set of Pokémon icons for your current area. Rinse and repeat until you get the Ditto icon.

Getting a Ditto for the Masuda Method

The Masuda Method is popular among Pokémon breeding enthusiasts as it raises the chances of getting a shiny Pokémon from hatching an egg by a lot. This method requires that one of the parent Pokémon should be from a game that is using a different language, which is usually set right at the beginning of a game.

Getting a Ditto fit for breeding under the Masuda Method is something that is a must if you’re shiny hunting from eggs. This is easy if you have friends who are playing using different languages as you can simply ask them to trade you one, but for those who play on their own without nobody else to ask a Ditto from, your next best bet is getting one from the Surprise Trade from the Poké Portal. However, with all the Pokémon circulating in the trading market, you chance of getting the right Ditto is very slim as you’re basically waiting for a good Samaritan to trade their own.

Another good option is to hit up forums or Discord servers that can help you connect with other breeders who are willing to trade up with a Ditto.