Bethesda launcher shutting down – how to transfer your games to Steam

A guide on how to transfer you games and saved files from the Bethesda launcher to Steam. 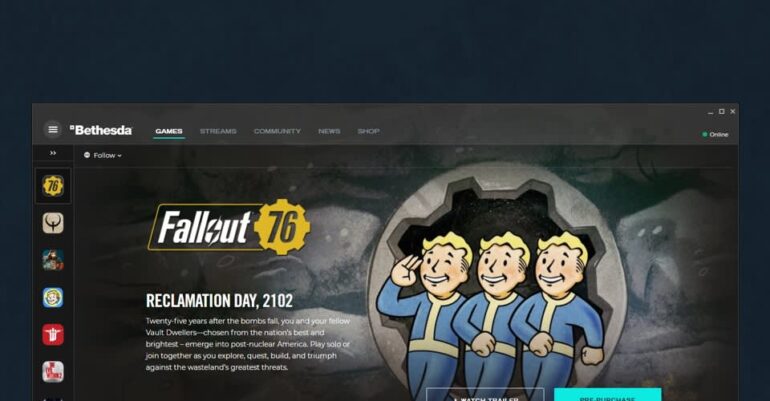 Transferring your games from the Bethesda Launcher to Steam is a pretty straightforward process. It can be confusing as there are some things you may be curious about before you make the transfer. If you’ve been hesitant due to the possibility of making mistakes, then you’ve come to the right place.

How to Transfer Bethesda Games to Steam

Here are the steps to transfer your Bethesda launcher games to Steam:

After the process, you can immediately open Steam to check if the Bethesda Launcher games are now on your Steam Library. Please ensure to double check that you have the right Steam account before you click on that “Start Steam Transfer” option.

This transfer process won’t be limited to your games alone. Other content such as expansions and even what you had on your virtual wallet will be carried over to Steam. Here is what exactly you’ll be transferring to Steam:

How to Transfer Saved Data on Bethesda Launcher to Steam

Read Bethesda has an official guide on how to transfer each game’s saved file separately. You’ll have to transfer your saved data manually for most games.

It’s understandable that you do not want to lose progress as it can be troublesome to start a new game. Some games will automatically transfer their progress to Steam but for there are games where you’ll have to manually transfer your progress. Here are the games that need to have their saved data transferred manually:

If you have any games from the above mentioned, then you need to check out Bethesda guide for where to retrieved the saved data and place them somewhere else. It should be noted that you can potentially overwrite your saved progress should you already own the game on Steam.

Here are some questions you might have regarding the shutting down of the Bethesda launcher.

When Will Bethesda Launcher Shut Down?

Can You Still Play Games on the Bethesda Launcher After It Shuts Down?

You can no longer launch and play games on the Bethesda launcher after it shuts down. You should transfer your games to Steam before the designated shut down date. You’re still able to transfer your Bethesda games library to Steam even after May 11, 2022.

Don’t throw away your login credentials as games that use your Bethesda account credentials can still be used ever after shut down.

Can I Transfer My Games to PS4 or Xbox One?

Can I Transfer My Games to Other Launchers Besides Steam?

Why Is Bethesda Launcher Shutting Down?

In February 2022, Bethesda has announced that it will be shutting down its launcher for a number of possible reasons. It could be because of the Microsoft buyout, or the lack of users, or something else entirely. Nobody knows for sure.

Because of this, you’ll have to transfer the games on you Bethesda library to Steam because they’ll soon be unavailable to play on the launcher once it goes down for good. As mentioned above, you’ll still be able to transfer your games even after it goes down.

That’s how to transfer Bethesda Launcher games to Steam. We hope that this guide really helped you out. We have more content regarding Bethesda if you’re interested.

Check out this Youtube video from Angry Turtle showing you the migration process from Bethesda to Steam.