How to Unlock Prince Eric in Disney Dreamlight Valley

It's now Ariel's turn to save him. 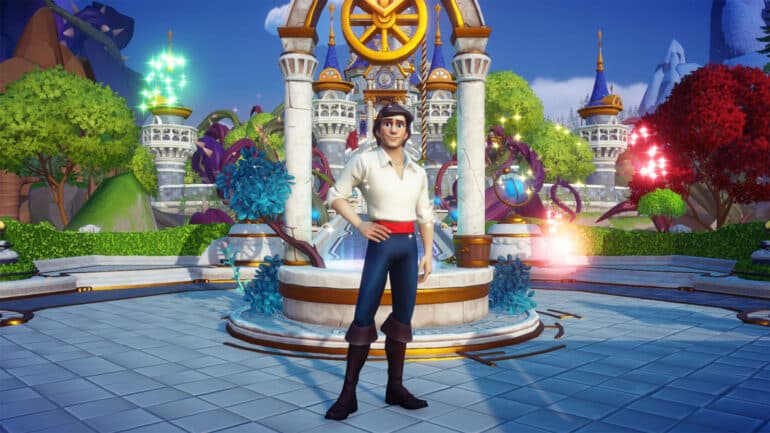 Prince Eric is the prince that got Ariel wanting to do anything just to be on land with him, even make a deal that made her lose her voice. This time, it was Eric who made a deal with the sea witch Ursula in order to save Ariel from getting affected by the Forgetting. Now that Ariel has made her way back into Dreamlight Valley, she is searching for ways to be reunited once more with Eric.

In this guide, we will talk about how to unlock Prince Eric in Disney Dreamlight Valley.

In order to get the quest that unlocks Prince Eric, you must first raise the friendship levels of both Ariel and Ursula to level 10. After doing so, talk to Ursula to complete the “A Deal with Ursula” quest, in which she gives Eric back as a reward, but in a poor unfortunate form. Bring Eric to Ariel in order to initiate the “Poor Unfortunate Prince” quest, which is the quest that will bring the prince back to his true form.

How to unlock Prince Eric in Disney Dreamlight Valley

Now that Ursula has released Prince Eric from his captivity, you need to work on bringing him back to his human form.

After showing Prince Eric’s current condition to Ariel, you will need to seek the help of Merlin to find out any magic that could reverse the curse that was put on Eric. He will then advice you to place Eric’s house in the valley and within it, search for something that is important to Eric, plus other steps that require Ariel’s help.

After locating a good place to put Eric’s home on, get Scrooge’s help to construct it for 10,000 coins. Once the construction is complete, head inside and grab the flute by the table as this will serve as Eric’s important object.

Step 3: Bring the flute to Ariel

Head back to Ariel and hand the flute over to her. She will then have to picture Eric inside her head, call his name three times, and then give him a kiss. Once it’s done, Prince Eric will be brought back to the valley, but the quest is not over yet.

After being cursed for a long time, Eric is quite hungry. He will ask you to cook him three dishes and he will also hand you the recipes for each of them.

Bring all of the cooked dishes to Eric afterwards and once he’s done eating, he will then meet up with Ariel. After watching their conversation, talk to Prince Eric once again to complete the quest.