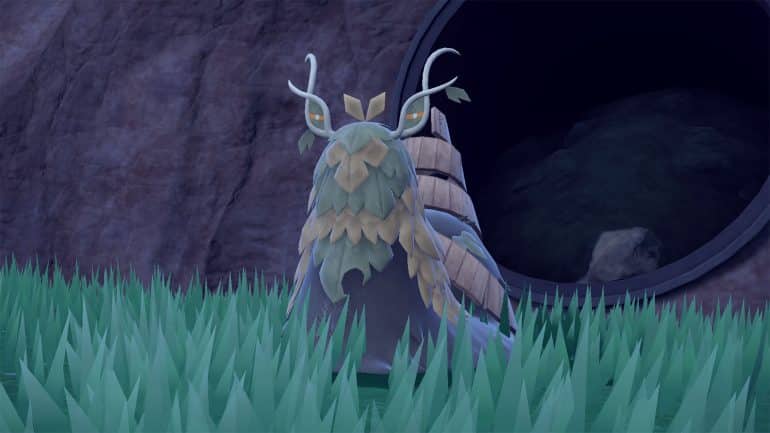 Wo-Chien is one of the four Legendary Pokémon of Pokémon Scarlet and Violet. Due to the ruinous nature of their creation, these Legendary Pokémon have been kept sealed behind shrines held by stakes that have been scattered across parts of the Paldea region.

In this guide, we will go through all the locations where these stakes and the shrine sealing Wo-Chien can be found.

There are a total of 8 purple stakes scattered in the southeastern region of Paldea. Every 2 stakes pulled out from the ground will remove one of the 4 chains sealing the purple shrine. After pulling the final stake, a Pokémon’s cry can be heard from a distance, and your character will face towards the direction of where the cry came from.

Recommendation: It is best to start finding all the stakes and the shrine, as well as encountering Wo-Chien, only after getting all the Herba Mystica from the Path of Legends to make navigation easy and possible, and after defeating the 8 gyms of the Victory Road to raise its catch rate.

South of Lost Platos, up near the spring on a hill.

Northeast of Los Platos, up a hill.

Up the highest peak northeast of Los Platos.

On a cliffside, near the closed bridge of the southwest river.

Up on a rock formation east of Mesagoza.

In the border of South Province and East Province.

Up a cliff overlooking Artazon.

Up a plateau in South Province Area one.

Just near and below the Stake #8, on the cliff face.

Wo-Chien is one of the four Ruinous Pokémon that have been sealed in the four shrines in Paldea. It resembles a snail made up of dead leaves and wooden tablets.