What new monsters are in store for hunters when they reach Elgado? 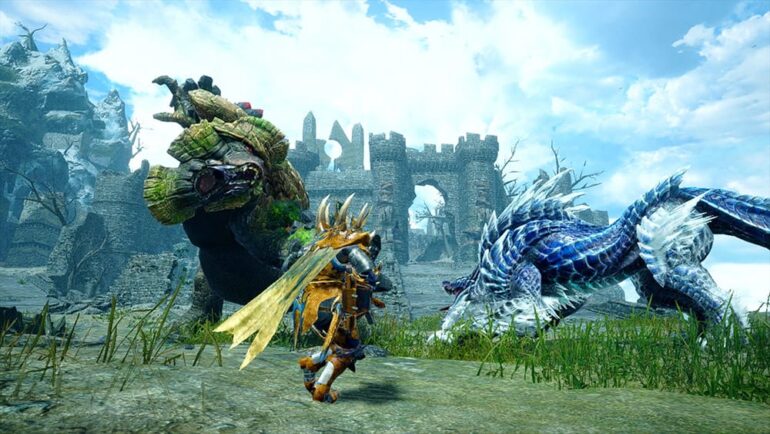 In this guide, we are going to take a look at all of the revealed new and returning monsters in Sunbreak so far.

We’ve featured some of these monsters in our previous articles, but we’re going to take a look at them once more with some updated info.

Malzeno is the flagship monster of Sunbreak and is the newest Elder Dragon introduced for the game. Its design is highly based off of a Gothic vampire with its pale scales and crimson highlights, and its ability to drain the life off of its victims to prolong its own.

But Bloodblight actually has another side-effect; it grants the afflicted the ability to recover health based on the amount of damage that they deal to a monster, effectively turning them into vampires, too. It’s going to be exciting to see how Bloodblight can be incorporated into builds, now that there will definitely be hunters that would intentionally get afflicted by this status effect.

Lunagaron is one of the newest monsters to be seen in Sunbreak. It is based on the mythical werewolf and has the ability to grow ice spikes throughout its entire body, as seen in its enraged form where huge ice spikes extend from its scales.

According to its description in the official website, Lunagaron can endure significant environmental changes, which suggests that one can find a Lunagaron roaming in around Elgado, regardless of what the local temperature is. This might also suggest that a possible Lunagaron subspecies can exist and it’s just a matter of time that we see one.

Garangolm is known as one of the Three Lords along with Malzeno and Lunagaron. Back in our previous articles, we’ve surmised that we are going to get another monster that is based on one of the Western monsters, and Garangolm fits the bill since its design is based off of Dr. Frankenstein’s monster.

Garangolm is a fanged beast that dishes out heavy physical damage at first, but once enraged, it will start augmenting its arms with moss and magma, giving it elemental abilities and allowing it to do faster attacks.

Seregios was first seen in Monster Hunter 4 Ultimate and known as the flying wyvern that can cause death by a thousand cuts. It is known for its attacks that can inflict Bleeding which was quite a bother to deal with in the heat of the fight. Hunters can expect to see a Seregios once more in the desert areas of the game.

Shogun Ceanataur was first introduced in Monster Hunter 2 and is confirmed to be coming back in Sunbreak. It is one of the first Carapaceons and is most known for its blade-like claws and its ability to use a Gravios’ skull as a shell to protect its sensitive nub. It’s possible that hunters will encounter a Shogun Ceanataur in either a wet zone or in a hot zone.

Astalos is coming back from its first introduction in Monster Hunter Generations and will be electrifying the Elgado skies. It is known to be able to generate and hold large amounts of electricity, which it can then discharge towards hunters as bolts of lightning.

Blood Orange Bishaten is a subspecies of the Bishaten. Aside from their now earthier color, this subspecies is known to throw pinecones which they can sometimes set on fire first before yeeting them towards hunters.

Aside from the Vespoids that can be seen flying in the trailers, a new kind of bird wyvern that closely resembles a goblin and a hyena can also be seen bothering a Garangolm. It has been confirmed that Velociprey, and by extension, Velocidrome, can be spotted in Elgado, too.

Just recently, a loading screen showing sketches of three monsters showed up as a leak. They’re no longer rumors anymore as during the recent Capcom Showcase 2022, these new monsters have been confirmed to show up in Sunbreak.

Another well-known Carapaceon from the previous series, Daimyo Hermitaur will also be coming back in Sunbreak. Similar to the Shogun Ceanataur, it uses a skull of a Monoblos as its shell and it also has huge meaty claws to use as its shield as well as for clobbering hunters.

A new subspecies of Rakna-Kadaki has been spotted in Elgado. Pyre Rakna-Kadaki is a more explosive monster now that its attacks are of the Blast element and can cause Blastblight.

The flagship monster of Monster Hunter 4 and one of the fan favorites for its awesome design that almost resembles a Xenomorph, Gore Magala will be coming back and joining the monster roster in Sunbreak. Now that Gore Magala is in Sunbreak, then it might be possible that hunters will also encounter its adult form, Shagaru Magala.

Long-time fans of the Monster Hunter franchise will be surprised to see an Espinas in a new Monster Hunter game. If you have not heard of an Espinas before, it is quite understandable as it’s one of the monsters that only showed up in Monster Hunter Frontier, a game series which was only exclusively released for the Japanese market and has been long shut down.

The recent countdown that the official Monster Hunter Twitter account has been posting may have also subtly hinted about Espinas’ return on Sunbreak. The countdown showed a sleeping Fiorayne and a potted succulent that almost resembles the scales of an Espinas. Espinas is also known as a monster that does not wake up so easily; an unusual trait knowing that almost all other monsters wake up with a simple whack.

The addition of Espinas in Sunbreak gives us fans some hope that it may lead to the addition of the other Frontier or even MH Online exclusive monsters like Laviente or Eruzerion.

Lucent Nargacuga is a subspecies of the Nargacuga that has a silvery white coat and can completely turn invisible, save for its glowing eye trail, making it harder to track down. It will be added as a post-launch update in Sunbreak in August 2022.

Check out this video by TheHunterProject talking about the recent rumored leak for Sunbreak: