A major feature just got added. 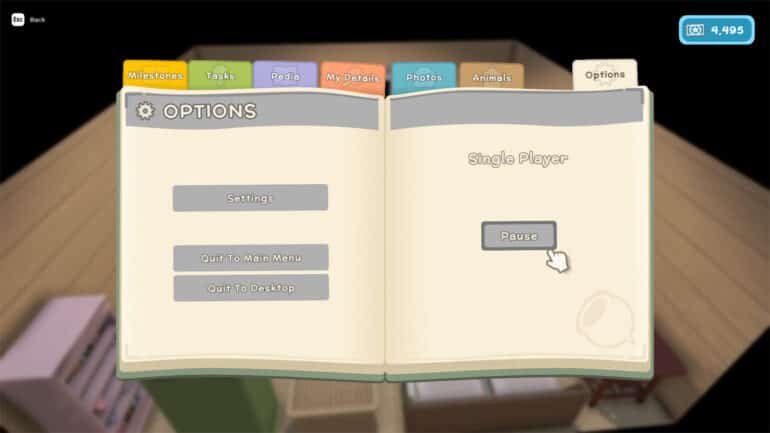 A lot of Dinkum players’ prayers have been answered now that the latest patch for the game has finally added the much requested pause button in the game, along with other bug fixes and adjustments. We’ll take a look at all of the major fixes and how this would impact the game.

Yes, it’s finally here. Players can now pause their game if they want to by going to the Menu > Options and clicking on the Pause button. Prior to this feature, there was no way to pause the game, so players will have to commit to playing throughout the day and use the break before waking up to a new day as a breather.

Sadly, there is no keymapping available for the pause button, so we’ll just have to go through the option page every time. It is still way better than having no pause button at all, though.

The catch is that the Pause button is only available for single player mode. If you have guests over at your island during multiplayer mode, the button will not be available.

The Farming XP, which was notoriously known to go up in very small increments, has been buffed up in this update. Players can now expect that activities that count under the Farming skill such as planting seeds, harvesting crops, and milling will now give out reasonable amounts of XP.

Jellyfish Brew will now give a fishing buff which was once on the Wattlebrew.

Keen-eyed players will no longer have to be annoyed with a misaligned museum as it has now been centered within its lot area.

Other fixes and changes include:

Check out the hotfix patch here.