A guide on how to farm Silver Leaves fast in Destiny 2. 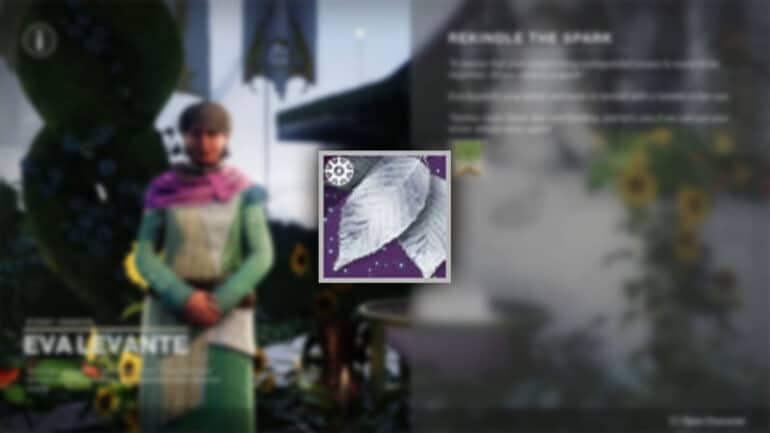 Silver Leaves are the season-exclusive currency for this year’s Solstice of Heroes in Destiny 2. These leaves are essential for getting Silver Ash, which is another currency that is used to upgrade the Candescent Armor to their max potential. Not only do these new armor pieces provide new opportunities for builds, but they also glow when fully upgraded, which is why players have been farming these leaves since the beginning of the event.

So far, there have been a couple of ways on how obtain Silver Leaves, but there are ones that can be done quickly for an efficient farm, and there’s also a very broken exploit that hasn’t been patched yet at the time of writing.

How to get Silver Leaves in Destiny 2

Silver Leaves can be obtained by doing activities such as Vanguard Strikes, Crucible and Gambit matches as long as you are wearing the Candescent Armor, otherwise they won’t drop as activity rewards. They can also be obtained by doing patrols and public events, and through quest rewards via Eve.

Only one Candescent Armor piece is needed to be equipped to start getting Silver Leaves, but as Eva mentioned, wearing more pieces will help get more rewards.

How to farm Silver Leaves fast

Most of the events, such as the Heroic Events or Gambit matches, either reward just a few Silver Leaves per run, or take too long for the amount that gets rewarded.

For this guide, we’re going to talk about two of the fastest farming methods for Silver Leaves, one is through Public Events, and the other through the exploit. If you wish to not go through the exploit-y route, then you can skip it after reading the first method.

Public Events at the European Dead Zone or EDZ is one of the fastest ways of getting Silver Leaves. The reason is because these events are often near fast travel spots and are usually being done by multiple players, hence you’ll be able to complete them faster and you can do a lot of these public events in a short span of time.

You can also try double dipping into a Public Event by immediately fast traveling to a spot near the same event that you’ve just completed. You will most likely arrive at another instance where the same event might still be ongoing rather than just wait for the event to respawn in the same instance that you were in. Every completed Public Event will reward its participants around 4-5 Silver Leaves.

This method is a known exploit that has been done in the previous event and it requires you to go to the second mission of the Witch Queen campaign which is The Investigation and have a friend help you hold the checkpoint.

This works on any difficulty of the Investigation. Just go through mission with or without a fireteam and right before talking to Fynch to end the mission, have your fireteam stand by (call on a friend to join your fireteam if you’re on solo), and then switch to your other character.

Then, join your fireteam once again using your other character, preferably one that still needs a bunch of leaves, and then as soon as they see the confirmation that you’ve joined the fireteam, have your friend talk to Fynch to complete the quest. You’ll then receive 14-15 Silver Leaves for doing so.

Because of how fast players can clear The Investigation, coupled by the amount of leaves the quest rewards, this is a great way to get Silver Leaves fast, provided that you have a friend to help you and that you have multiple characters to play with. Be reminded that since this is an exploit, there’s a huge chance that Bungie will have this patched right away.

Check out this video by Misleading on how to farm for Silver Leaves through Public Events: