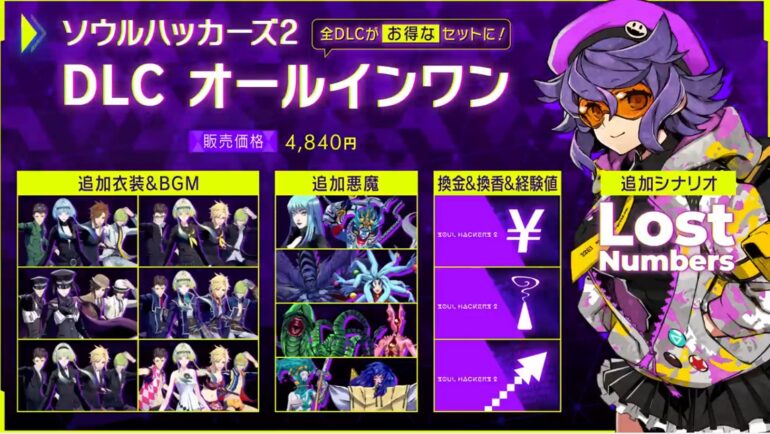 It’s already August and Atlus fans are awaiting the arrival of the new SOUL HACKERS 2 game. For the past couple of months, Atlus has given out numerous info about the game from character bios and even gameplay details. With so many details being given, gamers are getting to sign their soul to demons in this upcoming game.

Recently Altas unveiled a new trailer for Soul hackers 2. This time the trailer featured the DLC contents of the game and the schedule of the release date for each of the DLC sets. Furthermore, what’s shocking about this trailer is that not only there will be DLC costumes and BGMs but also new side mission stories will be added to the set.

“At Madam Ginko’s request, Ringo and her allies investigate an epidemic of incidents caused by mysterious demons. Along the way, they encounter a Devil Summoner named Nana and learn that the demons involved in the case are known as “Lost Numbers.” And so they set foot into the “Yatagai Training Center,” a facility where the key to solving the mystery lies…”

-A Devil Summoner searching for her missing father. Although she is a beginner , she has an outstanding sense of combat and investigates the mystery of the “Lost Numbers” with Ringo and the others. She is has a sweet tooth and loves to eat huge amounts of sweets, and is always checking out the new sweets on the menu at Bar Heidrun.