Crazy ads for Soul Hackers 2 are being displayed in different parts of Japan and fans are now expecting its release to be grand and epic. 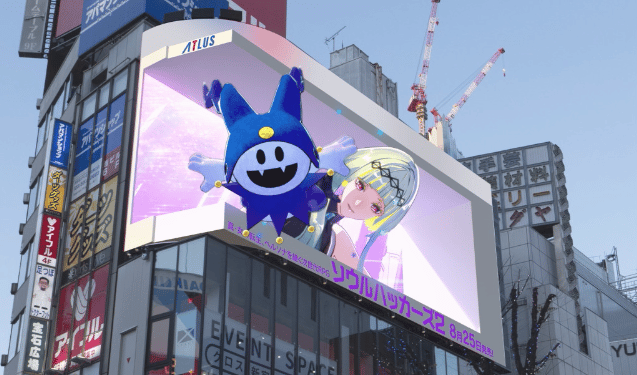 Japan has been known for doing one of the best advertisements for pop cultures, especially for video games and recently, SEGA Atlus has released advertisements in the form of 3D commercials and posters to promote one of the most anticipated JRPG games to be released soon and that is Soul Hackers 2.

Located in front of Shinjuku Station in Japan, a giant 3D advertisement featuring Ringo & the rest of the demons that will be present in Soul Hackers 2 is shown at Cross Shinjuku Vision. The video commercial will be there until August 29, 2022. Those who are interested, can visit the area and watch the full commercial live.