All Blood Types in V Rising

A guide on the blood types in V Rising. 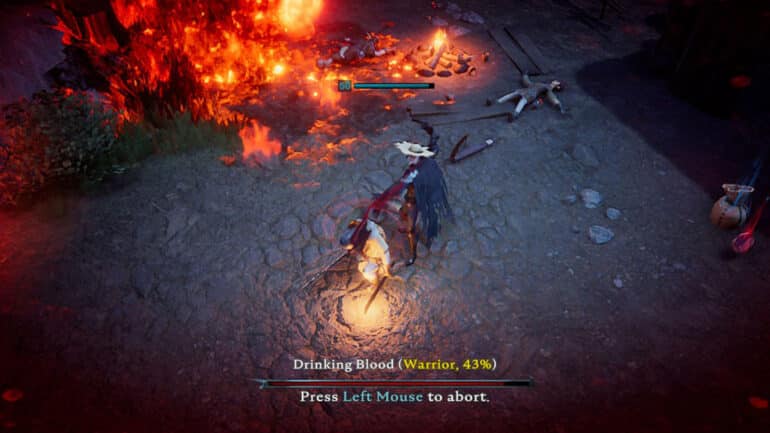 V Rising has a mechanic called Blood Pool where players can acquire different kinds of boosts depending on the blood type that they get from living creatures they encounter in the world. This mechanic can be closely considered as V Rising’s class system, though it works way differently than the traditional class systems in most RPGs.

In this guide, we will be talking a bit about the Blood Pool system, and most importantly the different types of blood that are available in the game.

Vampires, as popularly known in both traditional and pop culture, suck the blood of their victims to keep themselves satiated and un-dead. Different media has done their own spin on the bloodsucking aspect of vampires. In V Rising, sucking blood from living creatures not only keeps the vampires alive, but also gives vampires ta sort of power up that differs depending on the blood type of the creature.

As briefly mentioned, it’s the closest thing that the game has to a class system. The main difference is that blood gets consumed in different ways, and vampires can simply drink another blood type anytime, so vampires can be in a class temporarily and always have the option to change when deemed necessary.

Aside from the different blood types, each creature can also have varying degrees of blood quality, ranging from 1% to 100%. Quality dictates that amount and potency of buffs a vampire can get from drinking a certain creature’s blood. A person with just a 5% quality blood will only provide a minimum Tier 1 boost, while a person with pure 100% quality blood will definitely give the maximum benefits a vampire can get from that blood type.

There are six (6) different types of blood present in V Rising, plus one more which can only be found on certain creatures. These blood types offer different boosts, and the potency of the boosts will depend on the quality of the blood.

The Quality Tiers work mutually exclusive with one another. Reaching Tier II does not require a full Tier I buff, but rather once the blood quality reaches a certain threshold, other tiers’ boosts will start to manifest. The threshold goes like this:

The only way to get to Tier V is to find someone with 100% blood quality, which is very rare to find, though they can be found with any non-boss entity that has blood.

Additionally, reaching the next tier does not mean you have gained the maximum boost provided by the previous tier. Reaching 100% on each tier is only possible via ingesting a 100% pure quality blood. The math is messy and we’re still trying to sort it out, but it’s still good to keep this in mind.

Also, blood quality does not stack. Drinking blood with the similar type that you currently possess will only replace your current one with the new one, regardless if it’s a higher or lower quality. This works the same way when drinking a different blood type.

A good ability to have is Blood Hunger which you can unlock by defeating Tristan the Vampire Hunter. This ability allows you to see the blood type and quality of all the nearby creatures within your sight without having to hover your pointer over them.

The Brute blood type is best for those who like to take enemies head on as a player can only make use of most of its benefits by being aggressive.

The Creature blood type focuses more on survival and is best use when scouting an area or doing blitz raids in enemy camps where the only objective is to dive in, loot the place, and dive out.

The Rogue blood type is best used by players who likes to keep things stealthy and execute kills as fast as possible. This is best used when playing in PvP to take unaware enemies by surprise.

The Scholar blood type is for the mage types who relies solely on the plethora of spells and incantations at their disposal.

The Warrior blood type is for the more well-rounded player who would like to keep things balanced between being offensive and defensive.

The Worker blood type is mainly treated as a utility blood type and is often sought for whenever players have to do farming runs to gather materials.

The V Blood does not work similar to the other six blood types, but rather this is the blood that most bosses carry. It does not provide any boost when ingested, nor does it replenish your blood pool.

How to preserve Blood Types in V Rising

Whenever a person or a creature gets feasted upon for blood, they die. But there is a way to preserve a good quality or even a pure quality blood type, and that isby using the Prison Cell.

The Prison Cell is a structure that gets unlocked upon defeating Vincent the Frostbringer (Lv.40). This structure allows you to put a mortal inside it to feed from them without killing them. This does require having the Dominating Presence ability to charm mortals and make them follow you back into your castle.

Once a mortal is placed into the prison cell, they will become your prisoner or your thrall whom you can freely drink blood from whenever you like – without killing them in the process. It can take a while to have a prisoner for every blood type, but the results will be worth the effort.

Now, since Dominating Presence only works on humans, this means that you can only preserve five out of the six blood types since the Creatures blood type can only be found on animals.

Check out this video by Blackout Gaming talking about the Blood Pool system in V Rising: