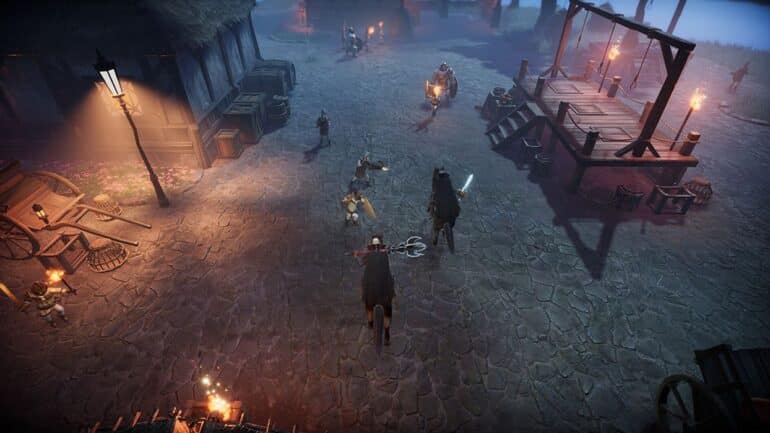 You might be asking about the V Rising controller support. Which such a great game available on Steam, you might want to kick back and sit down playing it with your controller. But since V Rising is still on Early Access, there are other questions such as controller support availability for V Rising.

Does V Rising Have Controller Support?

No, V Rising does not have controller support. The game was specifically designed for Keyboard & Mouse and does not function with a controller.

This is going to be bad news for you, since you’re reading this article we can guess that you’re interested in using your personal controller to play V Rising. Unfortunately Stunlock Studios have declared that they have no plans of implementing a V Rising controller support. However stick around, we have more information that you might find interesting.

V Rising is still in Early Access and we could possibly see that change. Once the game finally gets out of Early Access, Stunlock Developers might focus on controller support implementation. They have noticed a large amount of players who are interested in playing V Rising using they’re controllers, like you.

There are many who have taken their concerns to the Community Hub in Steam which the developers have noticed. “We’re interested in making the game as optimized as possible in its current form on PC before looking at controller options.” One of the Stunlock developers responded to an inquiry regarding controller support back in September 2021. “Controller is a possibility, but it’s also a design constraint. It definitely would be nice to make the game more accessible by adapting it for controllers as well, but our priority is making the gameplay as great as possible right now!”

The developers from Stunlock Studios have expressed concerns that a controller could possibly hinder the V Rising gameplay experience. They’ve cited that a Keyboard & Mouse gives more freedom to enact the player’s will in the game. “Furthermore, you will be able to bind keys to the different commands to make it even easier for you to play V Rising exactly as you want, giving you all the freedom you need to enact all your dark desires.”

While the statements up above might not provide good news, the developers for V Rising did state that they’re considering controller support. After many criticisms in the Steam Discussion page, they have noted people’s interest which means that V Rising controller support might be a possible future.

You might also be interested in learning if V Rising is playable on your Steam Deck. We have a V Rising Steam Deck guide if you want to find out more. If you really like our guides, we have more V Rising content to offer.