An overview on the Enforcer archetype in Vampire: The Masquerade - Bloodhunt. 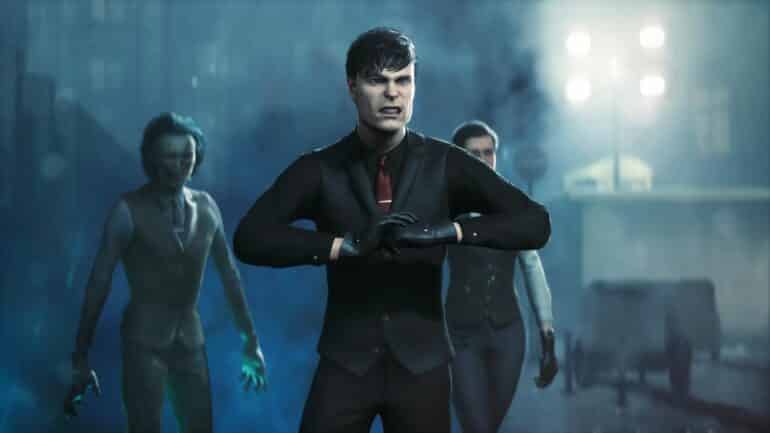 The Enforcer is the newest archetype that has been added into Vampire: The Masquerade – Bloodhunt. This archetype is meant for head-to-head gunfights with its abilities that provide both increased survivability and even crowd control. Because of these, the Enforcer is quickly becoming a favorite among the other archetypes and is also quite a beginner-friendly class to play with.

In this guide, we will talk about the Enforcer, what its powers and abilities are, and what kind of gameplay it can excel at.

What is the Enforcer archetype?

The Enforcer is known as disruptor and a juggernaut in both the offensive play and the defensive play. Its passive skill lets it chase down its prey easily, while its actives both massively hinder its opponents from dealing fatal damage. They are a well-balanced archetype that can easily fill a number of roles and can quickly adapt to various situations.

This is the Enforcer’s active Clan Power which allows them to harden their skins to full invulnerability for a few seconds, as long as the player refrains form doing offensive actions. The player still maintains its mobility, making this a good ability to pop for a safe escape.

This is the Enforcer’s Passive Power which slows down opponents within a set range around the player, and it also alerts the player if an opponent strays within range. This passive acts as both an offensive tool and a defensive tool that players can use as leverage.

This is the Enforcer’s active Archetype Power that allows the player to rush towards enemies and deal moderate damage, plus it also silences them from using their vampiric powers for a few seconds.

The Enforcer can work on a number of blood resonance combos, but here are the resonances that will maximize their powers based on play style:

These are the perks that Enforcers will make the most out of:

Check out this video by BloodThirstyLord showcasing the Enforcer archetype: