An overview on the Siren archetype in Vampire: The Masquerade - Bloodhunt. 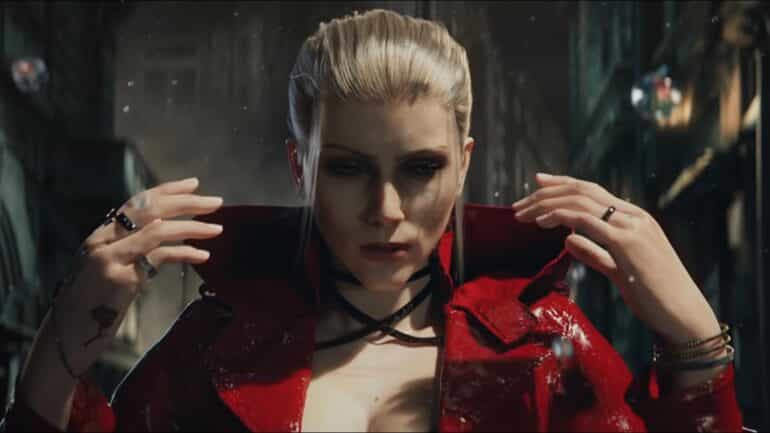 The Siren is one of the archetypes that players can choose to play as in Vampire: The Masquerade – Bloodhunt. This archetype is a master of manipulating the senses to lure their prey into submission or to disorient enemies by blinding them. Because of these, Sirens are great to include in a team as a distraction to break the enemy’s stances and leave them open for attacks.

In this guide, we will talk about the Siren, what its powers and abilities are, and what kind of gameplay it can excel at.

What is the Siren archetype?

The Siren is an archetype belonging to the Toreador clan. They use their beauty and charm to easily prey on weak mortals and to gain the upper hand whenever clans are up each other. The have the ability to blind opponents for a few moments to disorient them for an easy escape, or to create and opening for an attack. Their supernatural charm also makes it easy for them to get blood resonances without causing any commotion.

The Siren shares the same clan power with the Muse, however its skills are closer to being utilities to aid in a fight.

This is the active Clan Power that allows Sirens to shoot out projections of themselves towards a direction. This projection travels on a straight path until it hits a solid object or it has travelled a set distance and it lasts for 10 seconds. While the projection is still active, players can activate the ability again to teleport to the location of the projection. This is useful for both making a quick escape or juking a chasing enemy for a counter-attack. It can also be used as a tether to teleport back to in case a dangerous area needs to be scouted for loot.

This is the Passive Power that allows Sirens to quickly get blood resonances from mortals. This effect also applies to teammates who go for mortals that are affected by the charm. On top of this, it prevents the Siren from breaking the masquerade and triggering the Bloodhunt which makes it easy and safe to quickly build up blood resonances to the max.

This is the Archetype Power that gives Sirens the ability to blind opponents nearby and disrupt their vision for a few seconds. This ability has a short charging time before the bright explosion, so players need to take this into account. Opponents affected by this ability will have most of their vision impaired and it will slowly recover after a few seconds.

Because of the charging time, players who have a projection up in the field can pop Blinding Beauty and then teleport to the projection a split second after exploding to improve the chances of disorienting or shaking off enemies.

The Siren can work on a number of blood resonance combos, but here are the resonances that will maximize their powers based on play style:

These are the perks that Sirens will make the most out of:

Check out this video by BloodThirstyLord showing some Siren gameplay: