An overview on the Muse archetype in Vampire: The Masquerade - Bloodhunt. 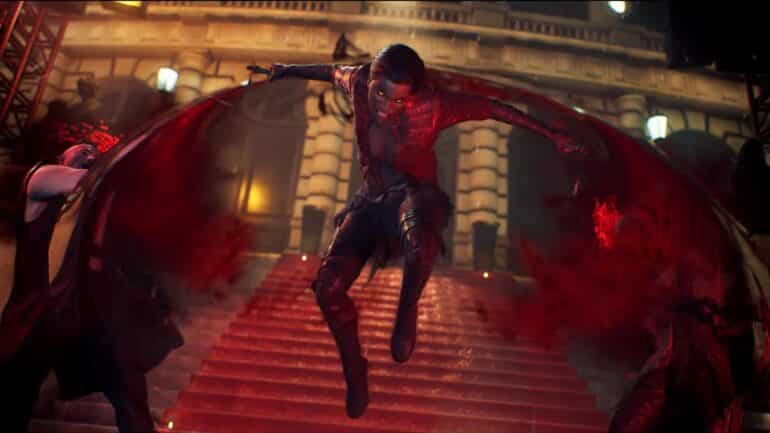 The Muse is one of the archetypes that players can choose to play as in Vampire: The Masquerade – Bloodhunt. This archetype is known for survivability due to its healing powers and its ability to be able to use its powers when when downed. The Muse works well in team matches as a support type player, but it can also hold its ground against solos by outplaying its opponents through trickery and repositioning.

In this guide, we will talk about the Muse, what its powers and abilities are, and what kind of gameplay it can excel at.

What is the Muse archetype?

The Muse archetype falls under the Toreador clan who has the innate ability of being able to cast projections and dash into them. Its archetype power is a self-healing skill which can also heal nearby teammates. Muses are usually backline supports during team fights and has the potential to save the team from a wipeout with the proper use of its passive and clan powers.

The Muse shares the same clan power with the Siren, except it specializes in on survivability and healing.

This is the Muse’s active Clan Power that allows them to shoot out a projection towards a direction. This projection lasts for 10 seconds and it can be shot at any open space, even at mid-air, as long as it is not obstructed. Using the ability again while the projection is out will teleport the player to where the projection is.

This can be used to get away from enemies or quickly scale buildings. It can also be used as a feint move to trick opponents, or even as a way to get behind them during a chase. This can also be used as an escape tether when scouting unsafe areas or trying to get loot from open areas.

This is the Muse’s Passive Power that instantly refreshes their active abilities and allows them to these abilities when downed. It’s recommended to use the Projection first towards a safe area before using the Rejuvenating Voice.

This is the Muse’s active Archetype Power that they can use to heal themselves and nearby teammates. It can be used for a long time, however it leaves the player in a channeling state which allows them to walk around. Taking damage or using the skill again will interrupt the channeling and the ability enters cooldown.

The Muse can work on a number of blood resonance combos, but here are the resonances that will maximize their powers based on play style:

These are the perks that Muses will make the most out of:

Check out this video by Mvdin showing some gameplay using the Muse: