An overview on the Saboteur archetype in Vampire: The Masquerade - Bloodhunt. 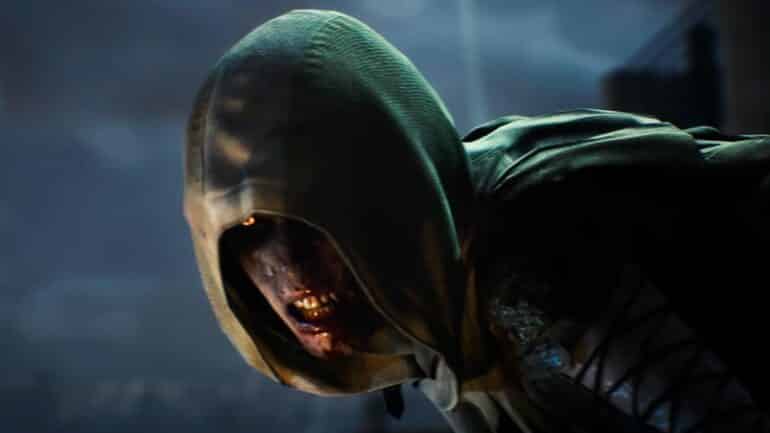 The Saboteur is one of the archetypes that players can choose to play as in Vampire: The Masquerade – Bloodhunt. It is known as the trapper archetype and players who wish to master this class will have to learn how to strategically place traps and lure enemies into chokepoints to get easy kills. Despite having the skill set that works well with a camping strategy, Saboteurs can still be played aggressively when using the right strats.

In this guide, we will talk about the Saboteur, what its powers and abilities are, and what kind of gameplay it can excel at.

What is the Saboteur archetype?

The Saboteur archetype falls under the Nosferatu clan, thus they have the innate ability to conceal themselves and wait in the shadows before they pounce on their unsuspecting victims. They also are experts with traps and their main gameplay includes strategically placing traps in chokepoints where enemies will likely pass through and let their traps help them in bringing their prey down. This tactic can be used defensively when trying shake off chasers, or even offensively by intentionally luring enemies into their traps.

The Saboteur shares the clan power with the Prowler, however it does have a unique passive and Archetype power for its own use.

Vanish is the Saboteur’s active Clan Power and it allows them to conceal themselves from opponents’ vision for a few seconds. This also gives them an increased movement speed while hidden, making it a good ability to use when needing a good escape or to reposition for an ambush. Footsteps can still be heard, so enemies can still get an idea where the player may be at.

This is the Saboteur’s Passive Power that allows them to conceal themselves almost completely after crouching for 2 seconds. They will remain hidden until they do other actions such as standing up, firing their weapons, or using consumables. Despite being fairly hidden, opponents with keen eyesight can possibly spot a Saboteur from a distance, especially if it’s constantly moving, so it is recommended to also take cover when using this passive.

The Sewer Bomb is the Saboteur’s active Archetype Power. Sewer Bombs can be thrown on the ground or they can even be stuck on the side of a wall. It has a moderately sized sensor range and it gets triggered once an opponent gets in it. If it gets triggered, its explosion deals 25 damage and its lingering poison mist deals damage every second the opponent stays in it. Three bombs can be deployed at a time and if a fourth bomb is deployed, the first bomb despawns.

The Saboteur can work on a number of blood resonance combos, but here are the resonances that will maximize their powers based on play style:

These are the perks that Saboteurs will make the most out of:

Check out this video by BloodThirstyLord showing some tips and tricks on how to play as a Saboteur: