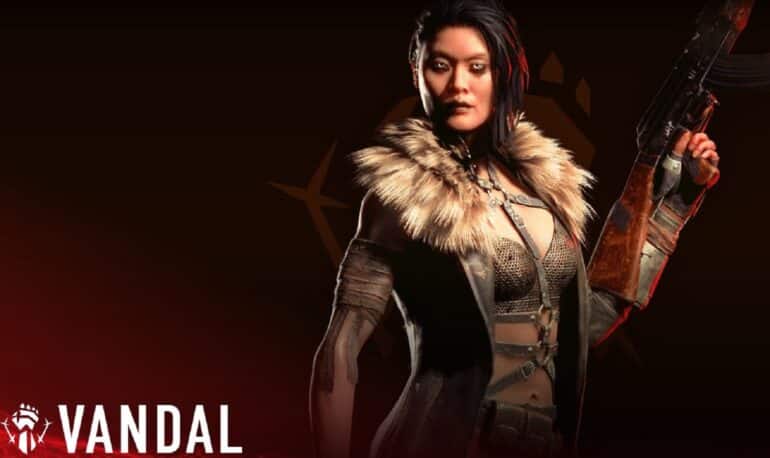 With seven Archetypes to choose from in Vampire: The Masquerade – Bloodhunt, players can personalize their character’s play style. Vampires fight each other on the streets of prague trying to stay alive and complete the Bloodhunt.

The Bloodhunt Brujah Vandal, is a DPS-focused Archetype which is exceptional in close-ranged combat, gaining defensive bonuses from being close to the enemy and unleashing a tremendous ground pound assault to leave their opponents wide open to subsequent attacks.

Here’s everything you need to know about the Bloodhunt Vandal Archetype, its powers, and some extra tips.

When a Vandal descends, they use the archetype power Earth Shock, which allows them to jump forward and crush the ground, generating a shockwave. When initiating combat, this is the most effective way to weaken your victim and leave them open to additional attacks. The Earth Shock can miss its target if used too close, therefore it must be carefully directed and launched from a safe distance.

Adrenaline Rush, the Vandal’s passive power, is also extremely useful. It stimulates players to battle at close range whenever feasible, as they earn a benefit to their defense when they are near to an enemy.

Soaring Leap, a Brujah Clan power, is available to players while playing Vandal, allowing them to propel themselves over the city in huge leaps.

It’s hardly surprising that Sharkmob AB depicts the Vandal Archetype as a Reckless Brawler, because the Vandals belong to the physically aggressive and fierce Brujah clan. Vandals utilize sustained damage attacks and overt weapons and attacks in battle and have a brutal combat style.

Vandals not only seek out confrontations, but they’re ecstatic about them. This is a terrific option if you just want to get out there and start doing damage.

Vampire: The Masquerade’s kin get bonuses from the Blood Resonance they consume. The victim’s emotional state affects the benefits of different blood types. During a match in Vampire: The Masquerade – Bloodhunt, it is critical for players to carefully select the best resonances to consume.

Vandals prefer Sanguine (pink) and Choleric (orange) resonances because of their affinity for melee combat and Adrenaline Rush, which gives them an inherent advantage in survival.

Choleric resonance is particularly powerful, increasing the player’s melee damage by 10%, 25%, and finally 50% as they gain more. The health regeneration benefit of Sanguine is also a good option and should be acquired whenever needed, thus Choleric is absolutely a priority.

The Vandal favors weapons that can be fired at close to midrange distances. A high-quality shotgun should therefore be a major priority, but SMGs and assault rifles can still be effective in their place if shotguns are not readily available.

Ranged weapons can be found in the following categories:

With this information, you should be prepared to play your first game as the Vandal, or perhaps you’ve learned something to help you improve your skills as player.

If you like this guide, check out our other Vampire: The Masquerade – Bloodhunt articles here:

Here’s a cool video by FlankRoosevelt about the BEST Archetype in Vampire the Masquerade – Bloodhunt: