A guide on how to complete the Under Pressure level in Escape Academy. 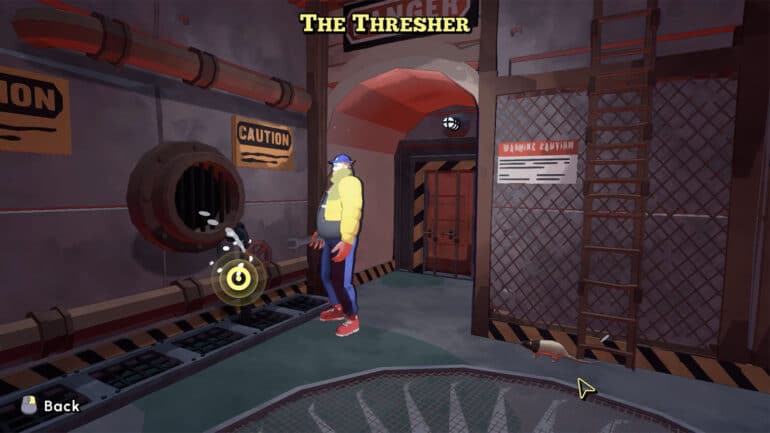 Under Pressure is a level in Escape Academy where players will have to solve several puzzles while trying to stay ahead of the rising water levels inside The Thresher. As the level’s name suggests, players will be subjected under pressure and will have to make their noggin work fast enough, or else they will drown.

In this guide, we will be walking you through the Under Pressure level by showing you what to look for and how to solve the puzzles.

How to unlock the Under Pressure level in Escape Academy

After clearing the Prologue and the Entrance Exam, The Thresher area will be open where the Under Pressure level is at.

Upon traveling to The Thresher, the players will meet with Jeb while he is doing some maintenance. Clicking on the valve handle will start the puzzle level. Water will start flooding in the rooms and players will have to go up through five different floors, each having different puzzles before the water floods the entire place.

The first timer is at 5 minutes. Every time players clear a level, another 5 minutes is added to the timer, maxing out at 10 minutes. At the end of the fifth floor, players will have to put in all the codes that they’ve gathered from the floors in order to unlock the final door and clear the level.

You’ll find yourself in the very bottom of the level and the water starts rising.

You climb up the steps into an underwater viewing deck. There is a box on a table where extra tools can be grabbed.

You find yourself in Jeb’s quarters where a lot of stuff are lying around. There’s also a safe that needs to be opened.

You find yourself in a room full of water pipes. There is also a graffiti written on the wall.

You find yourself almost at the surface levels. There are power wires running along the walls and connected to panels.

At this point, you will see the exit door, but in order to open it, you must input all the codes that you’ve gathered so far on the panel on the wall. In case you have forgotten, the codes are “FEAR WILL SLOW YOUR MIND“; each section on the panel have multiple choices, so just scroll through the choices until you see one of the code words.

You have successfully cleared the Under Pressure level, congratulations! If you want to, you can do the level again to try and see if you can clear it in a faster time.

Check out this video by Wanderbots showing the gameplay of the first few levels of Escape Academy: