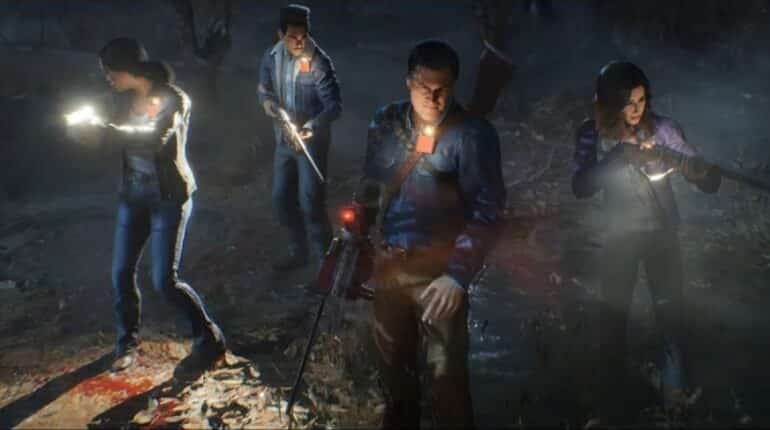 Here are the voice actors of Evil Dead The Game and the roles they play:

If you’ve seen Evil Dead, Bruce Campbell is probably one of the first names you’ll recognize. Burn Notice character Sam Axe; reporter in Amazing Spider-Man; and a cameo in the current Doctor Strange movie are just some of the other roles he’s played. Having him on deck makes sense since his role as Ash has defined his career.

Cheryl Williams, Ash’s sister, has a significant part to perform in Evil Dead: The Game. Ellen Sandweiss, like Bruce Campbell, has made a successful career out of her role as Cheryl, and she has grown to love and understand the character over time.

Kelly Maxwell in the film Ash Vs Evil Dead was played by Dana DeLorenzo, who is relatively fresh to the Evil Dead universe. Apart from that, she has appeared in films such as Friendsgiving, A Very Harold and Kumar 3D Christmas, and many others.

Lord Arthur, like the other members of the cast, is played by Marcus Gilbert, who was in the original production. He may be best known for his roles as Tomask in Rambo 3, Lord Carysbroke in The Dark Angel, and Eric Von Stalheim in Biggle, among other films.

Ray Santiago has had a fairly diverse acting career, spanning over two decades in the industry. In addition to his role as Pablo in Ash vs Evil Dead, you can see him in the film In Time as Victa and the television series Meet the Fockers as Jorge Villalobos.

All other Characters and Voice Cast in Evil Dead The Game

Many other roles can be recognized along the way in Evil Dead: The Game, For the time being, these are the actors who have already been cast so far:

So, There you have it, that’s everything we know on Evil Dead: The Game’s Cast and Voice Actors. There are a few names that’s not include on this list. It’s mostly due to not knowing their role in the game or the voice actor’s name. You can count on us to update this page with additional cast information as it becomes available!

To stay up to date on the newest Tiny Tina’s Wonderlands news, guides, and features, you can check out our related Evil Dead: The Game articles here.

Here’s a video by Force Gaming on Evil Dead: The Game – What You Need To Know Before You Play: