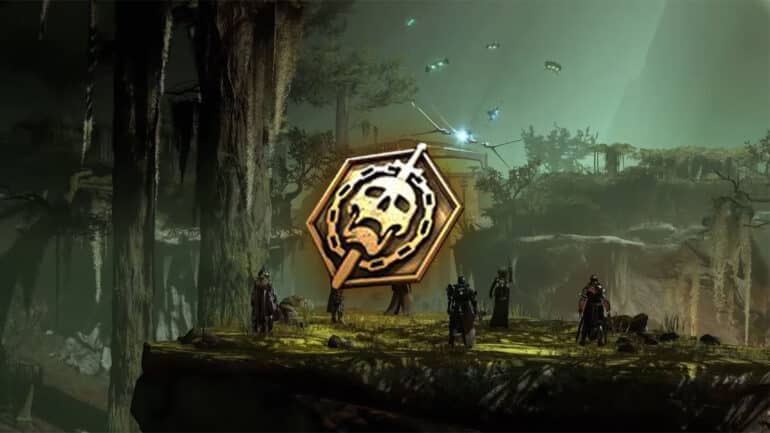 Spoils of Conquest are a type of currency in Destiny 2 that allows players to purchase valuable Exotic gear from previous raids, and even get those that are available in current raids. It’s such a worthwhile currency to obtain, especially for those who want to complete and grow their gear collection, or for those who just want to get their hands on a particular limited gear.

In this guide, we’re going through all the viable ways of farming Spoils of Conquest in the current build of Destiny 2.

How to Farm Spoils of Conquest

Spoils of Conquest are limited to raids as part of the chest rewards for clearing them, or by finding them in hidden chests within the raid map. Currently, there are two active raids that players can go into to gain Spoils of Conquest, while Legacy Raids also provide spoils, but in a smaller amount.

The hidden chests in these raids can be opened once a week per character, allowing players to obtain x30 Spoils of Conquest per week just from the chests alone. Going through the entire raid can also pay up a lot of spoils per clear as each of its encounters will give out x5 Spoils of Conquest, however some of these encounters can be time-consuming than the others, which is why players often go to farm just particular encounters that can be easily cleared in the shortest time possible.

Before starting any raid farms, just make sure to clear the raid once for the week so that you and your fireteam can start earning the Spoils of Conquest on the subsequent runs.

Vow of the Disciple Spoils of Conquest Farm

When Vault of Glass was still new, players were still able to farm the raid by repeatedly clearing the Templar boss fight indefinitely through the help of the Checkpoint Save method, however it has long been patched. The good news is that The final encounter with Rhulk at the Vow of the Disciple raid can still be farmed indefinitely using the method.

Speaking of which, here’s a quick review of how to do the Checkpoint Save method:

Farming Vow of the Disciple’s final encounter is currently the most efficient way to earn Spoils of Conquest as the encounter itself is not as time consuming as the other encounters. The mechanics in this encounter aren’t as long and convoluted as the previous ones and everyone just has to make sure that they have enough firepower for the DPS phases.

YouTuber Fallout Plays has a quick and succinct guide on how to quickly go through the final encounter against Rhulk:

If you are the type that prefers to play solo for some reason, then there are still ways on earning Spoils of Conquest. The first hidden chests in the two active raids can still be obtained even without the help of a fireteam. However, getting the chest for the Vault of Glass raid does require some help of a map glitch to quickly and safely get to the chest.

If you’re not iffy about using glitches, then going for these methods can net you the x30 Spoils of Conquest when done on each character.

The hidden chest can be found at the outdoor area prior to reaching the first major encounter in the pyramid. You will have to destroy three Darkness Fragments first in order to unlock the hidden chest.

From the bridge, head further down the path and enter the building on the right where you will see the hidden chest.

To reach the first hidden chest in the Vault of Glass raid, you will need to perform a glitch that will allow you to phase through the map and reach the map’s underside. This requires a swift combo of the Sparrow’s side boost + jumping off of it, and when done beside a particular boulder on the map, it will make the character clip through the boulder. From here, you can traverse and hover through the map’s layout since the assets are still solid and can be landed on.

Here’s a video by Esoterickk showing how to do the map clipping technique, as well as how to traverse the map’s underside to reach the hidden chest: