How to Get an Amulet Coin in Pokémon Scarlet and Violet 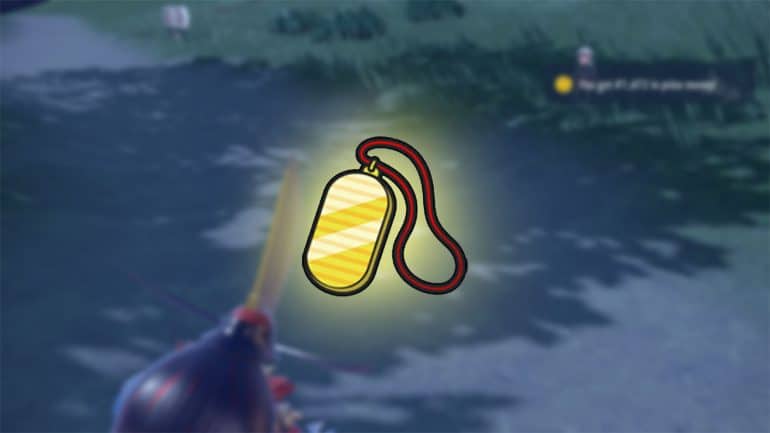 The Amulet Coin is a special item made to be held by Pokémon and it increases the amount of Pokédollars players receive from trainer battles. It is once again available to be obtained in Pokémon Scarlet and Violet and it is a very helpful item to acquire to earn money fast.

In this guide, we will talk about how to get the Amulet Coin in Pokémon Scarlet and Violet.

Where to get the Amulet Coin

The Amulet Coin can be obtained from a Pokémon League Rep who can be found near the Poké Center at the east side of Medali. You’ll first need to defeat 5 trainers in Area Three of the West Province. After doing so, head back to the rep and you will be rewarded with the Amulet Coin.

There are more than enough trainers to defeat within the area. To make the search for them easier, refer to the map above. All trainers marked on the map can be reached with just the base ride ability for Miraidon or Koraidon, but having at least the dash and high jump abilities can make the travel much faster.

How to use the Amulet Coin

To use the Amulet Coin, simply head over to the Other Items pouch of your Bag and give it to one of your Pokémon to hold. The Pokémon holding the amulet must then be sent out at least once in every trainer battle for the bonus to be applied; it can then be switched out with a different Pokémon and it does not need to perform a move.

The bonus of the Amulet Coin will still be applied even if the Pokémon holding it faints, or if the amulet is stolen using a move like Covet. The amulet’s effects is also not negated by the Klutz ability.

The Amulet Coin doubles the amount of money you’ll get from winning against trainer battles, which includes battles against gym leaders, the Elite Four, and the Team Star leaders. The bonus it gives also applies towards any money obtained from the Pay Day attack, but it does not stack if ever there are multiple active amulets in the team.

Check out this video by Arekkz Gaming showing another good way to earn money in Pokémon Scarlet and Violet: