How to Get Knifey in High On Life 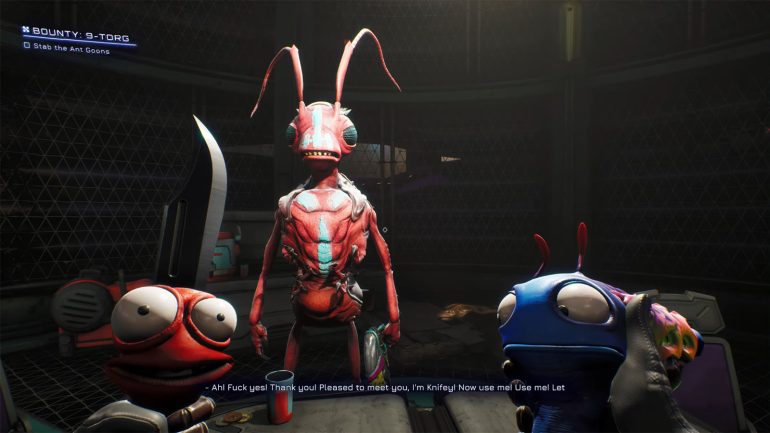 Knifey is one of the important weapons in the game, not only because he’s the only one that can deal melee damage, but he can also tether on to high ledges like a grappling hook. Knifey can also deal a huge chunk of damage, plus he can deflect certain projectiles back to the enemy.

In this guide, we will talk about how to unlock Knifey in High On Life.

Knifey Location in High On Life

Knifey can be obtained during the Bounty: 9-Torg mission. The location is at the Slums of Blim City, but since the portal is broken, you’ll have to get there on foot.

Along the way, you’ll meet up with a fisherman by the dock who will tell you some details about one of 9-Torg’s hideouts which is by the laundromat. Follow the path forward through the docks around the sludge, and eventually you will see Bubble Buds from a distance. You’ll also start seeing 9-Torg’s insignia in some of the shacks, so you’ll know you’re in the right path.

Once you arrive at the laundromat, you’ll overhear two of 9-Torg’s goons talking about waiting for a buyer. To get in, you can tell them that you’re the buyer (wait for a few moments until you hear them talking about a past lover to get a fourth option that still lets you inside).

Inside the hideout, you’ll see Knifey on the table. You can then pick him up as he urges you to stab the goons, including yourself. You then have to kill both goons and escape the place using Knifey’s tether ability and he’ll be part of your arsenal moving forward.

Additional dialogue from the Knifey encounter

High On Life has plenty of character dialogues that can be listened to just by simply hanging around for a while. When you first meet Knifey, you can hang around to hear his bloodthirsty lines. Depending on who you kill between the two goons first, you’ll hear different lines from them, so try to stave off the stabbing for a bit. You can simply reload from your last checkpoint if you’d want to check them both.

Knifey’s controls are as follows (for Xbox and PC):

Also watch this video by Manugames92 showing Knifey’s dialogue lines in the game: