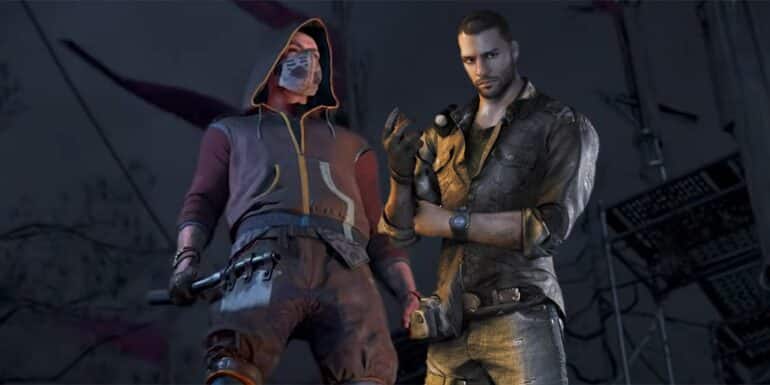 It’s still a good idea to familiarize yourself with the background of the series, as the events of the first game are periodically mentioned in Dying Light 2’s story.

Warning, this article will contain spoilers for the first game.

Is Kyle Crane in Dying Light 2?

Kyle Crane does not make an appearance in Dying Light 2. Though he is referenced more than a handful of times by characters in the present.

During Dying Light 2’s prologue, a returning character from the first game, Spike, remarks that he wishes “Kyle could have seen this” as the both of you admire the sunset in the vista. This is the closest we have to a clue as to the whereabouts of Kyle Crane in Dying Light 2.

It may be possible that Kyle Crane may make a return in a future DLC for the game if he is still alive. Only time will tell if the Dying Light’s previous protagonist will make a return.

The events of Dying Light 2 take place 15 years after the Fall, which occurred after the events of the previous game. Dying Light 2: Stay Human’s intro shows that the GRE discovered a vaccination for the THV. The shadowy organization did secret research on the virus for military goals, however, as time went on. The fall was caused by a weaponized strain of the virus that escaped from the lab where it was being developed. Because of the THV’s rapid spread, society as we knew it came to an end.

Since Dying Light 2 takes place at least two decades after the events of Dying Light, it’s safe to assume Crane is considerably elderly and unable to perform the parkour stunts witnessed in Dying Light 2’s sequel.

What Happened to Kyle Crane Before Dying Light 2?

The events that happened before Dying Light 2 heavily indicate that Kyle Crane has died.

Those who have finished the first Dying Light game would know that Crane opted to stay in Harran to assist the survivors. However during the game’s expansion, The Following DLC, Crane left with two morbid choices for himself at the ending with varying degrees of lethality.

Crane could choose to help Mother, the sentient Volatile leader of the Children of the Sun cult, detonate a nuclear warhead which will kill everyone in Harran. Crane himself included.

The other choice to stop Mother leaves Crane as a sentient Volatile himself unable to truly live a normal life anymore.

Considering that Spike is still alive in Dying Light 2, it can stand to reason that the latter of the two options was picked. There is no confirmation that Crane is dead in Dying Light 2 but characters who mention him often refer to him in ways subtly implying that he is dead. It is still entirely possible that Kyle Crane is now a Volatile who is in sentient during the day and animalistic during the night.

Another point to mention is that, given that rejecting the Mother is most likely the canonical ending to The Following, Kyle Crane would be forced to live as a sentient volatile – sentient during the day, rabid and deadly at night – which would be a terrible fate for him. It can also be assumed that he was a contributing factor to the Fall, given that he flees from the events of The Following by sneaking down an ancient tunnel that leads right out of the quarantine zone in the game.

Is Kyle Crane the night hunter?

Do you think there’s a remote possibility that he is?

YouTuber Best Gamer Ali has discovered a secret hideout that has a Kyle Crane memorial. The hideout is located in the “Lower Dam Ayre” section of the map and can be accessed by unlocking a metal hanging container.

Once inside, players will find a shrine devoted to Kyle Crane, which has a slew of memorabilia from the original game, including photos, drawings, and voice recordings. Gazi, a minor character who was a fan favorite in the original Dying Light, is referenced in the bucket head doll from the “Mother” objective in the first Dying Light.

Also check out this Youtube video from Mystical Reaper showing both endings of The Following DLC in Dying Light. Really makes you wonder what happened to Kyle, huh?