Phasmophobia How to Identify and Find a Mimic

A guide in how to know if you're dealing with a Mimic ghost and survive encounters against it. 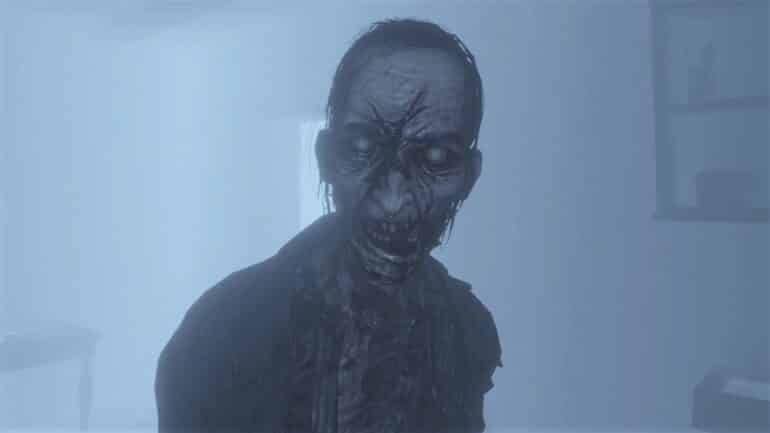 A Mimic can be one of the more frustrating ghost types in Phasmophobia. It’s a ghost that takes the personalities and habits of other ghost types and imitates them giving you a false sense of identity. You might be mistaken in believing that you’re dealing with something else and then the contract debriefing will no doubt be filled with moans of frustration as to how the Mimic got you hook, line, and sinker.

In this Phasmophobia guide, we’ll teach you how to identify and find a Mimic ghost. We’ll show you all the tricks into surviving an encounter with a Mimic, including all the things you need to do if you suspect you’re dealing with a trickster ghost.

How to Identify a Mimic in Phasmophobia?

The Mimic ghost is unique in that it is the only ghost with 4 evidences instead of the regular three. Here are all evidence that help you identify if you’re dealing with a Mimic:

This is where the ghost library in your Journal can be misleading. It shows that the Mimic only has three evidences (Spirit Box, Fingerprints, and Freezing Temperatures) however the Mimic is also capable of leaving Ghost Orbs wherever it goes. This lack of information may cause you to cross out possibilities of a Mimic. You also do not put in Ghost Orbs as evidence in the Journal as it officially doesn’t qualify as evidence, but a weakness.

You may need to get all four evidences in order to be sure you’re not dealing with another kind of ghost. No other ghost has a combination of Spirit Box, Fingerprints, and Freezing Temperatures. However you can still confuse the Mimic for an Onryo if you missed checking for Fingerprints but got evidence of a Ghost Orb. You may also confuse it for a Hantu if you couldn’t get the Mimic to speak through the Spirit Box.

It may take some expertise and knowledge before you learn how to identify a Mimic in Phasmophobia. You’ll have to be familiar with the unique characteristics of other ghost types before you can deduce that something doesn’t add up. A Mimic can copy other unique ghost types which includes the six-finger handprint of the Obake.

A Mimic can also choose to imitate another Mimic or even the player themselves. Both of which results in the Mimic acting like the default Ghost type and will not have any special abilities.

Identifying the Mimic in Nightmare mode presents its own challenges. The ghost will omit displaying one of the evidences above but will still leave an extra evidence, the Ghost Orb, for you to find. Once you see that you have three evidences instead of two on Nightmare difficulty, you can be sure you’re dealing with a Mimic.

It is worth noting that the appearance of the ghost has nothing to do with the ghost type. No need to take it into account.

How to Survive Against a Mimic in Phasmophobia?

The best way to survive against a Mimic is to know what gives it strength. Take into account what ghost it chooses to copy. Here are a Mimic’s strength and weakness:

A Mimic isn’t restricted to one mannerism and can switch what it mimics every 30 seconds or so. This means that it may frequently change what triggers a ghost hunt. You’ll have to take care to avoid actions that anger other ghosts as much as possible. Here are the best tips to survive against a Mimic:

A Mimic doesn’t seem to copy the weaknesses of other ghost types so it can’t be slowed down the same way.

When Was the Mimic Added into Phasmophobia?

The Mimic was part of the 0.5.0 “Cursed Possessions” update which was added on December 10, 2021. The 0.5.0 update also introduced Cursed Possessions which adds 6 more items that can be used for interactions with the Ghosts.

That’s all you need to do to identify a Mimic in Phasmophobia and survive against it. It’s one of the most dangerous ghosts in the game, maybe even surpassing a Revenant due to its sheer unpredictability.

This Youtube video of Insym shows him dealing against a Mimic in Phasmophobia. Check it out!