How to Catch Roaring Moon in Pokémon Scarlet and Violet

Get to know where to find one of the Paradox Pokémon 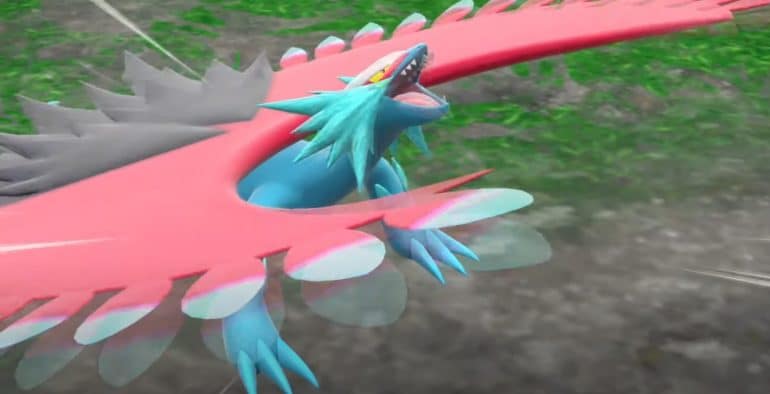 Roaring Moon is one of the Paradox Pokémon found exclusively for Pokémon Scarlet and has features similar to Salamance in his prehistoric form. Finding it should only be possible in the game’s last section, but don’t fret. This guide will teach players what kind of Pokémon Roaring Moon is and where to find this rare species, so read on.

Who is Roaring Moon in Pokémon Scarlet and Violet?

Though no one knows what its evolution form is, it appears to be an ancient relative of Salamence. This rare Pokémon is a dual-type Dragon/ Dark Paradox Pokémon and according to Pokédex entries, Roaring Moon is believed to have a connection to Mega Evolution which originated from the Hoenn region.

Where to Find Roaring Moon in Pokémon Scarlet And Violet

To find Roaring Moon, players must go to the Great Crater of Paldea (Area Zero). This location can only be unlocked after defeating all 5 Titan bosses in the main story. If trainers have done, they will need to go to the Poco Path Lighthouse in South Province (Area One) as there will be a cutscene and a fight.

Afterward, players can access the route going to the Great Crater of Paldea from the northwest side through the West Province (Area Three) where there is a purple color section on the map. Complete the final ending of the story in the Crater and players will be able to unlock Koraidon for combat use.

After finishing the story, Roaring Moon Pokémon will spawn, and finding it will be no problem around Area Zero. Head to the research lab and teleport your way to Research Station No. 3 as that location will be where Roaring Moon will spawn the most.

How to Catch Roaring Moon in Pokémon Scarlet And Violet

Upon confronting Roaring Moon, players must remember that this Pokémon’s catch rate is at 3.9% making it hard to capture. Use moves like False Swipe, Hypnosis, Sleep Powder, and Disable to increase the catch rate. Not only that, trainers must stock up on the following Poké-balls so that they have a better chance of getting Roaring Moon:

When a Pokémon levels up, there will be times that it will learn new moves that will improve its performance in battle. Below is the list of moves that Roaring Moon can learn:

That’s our guide on where to find Roaring Moon in Pokémon Scarlet and Violet. For more Pokémon Scarlet And Violet content, feel free to visit our previous articles below: