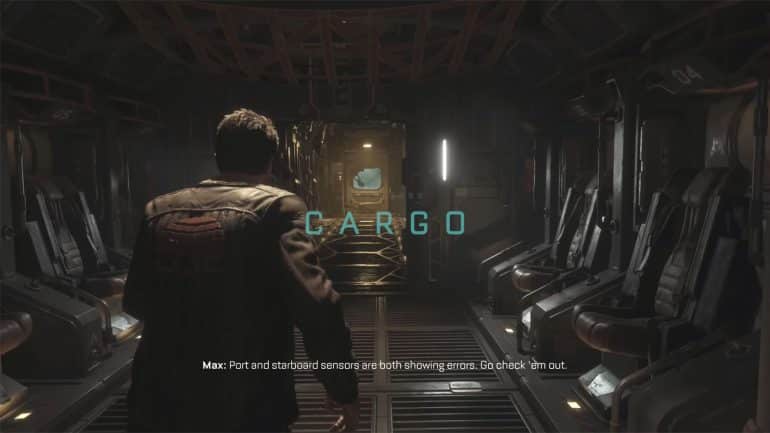 The Callisto Protocol is the new survival horror game that is set in the far future in Callisto, one of Jupiter’s moons. Players follow the story of Jacob Lee, a freight transporter who got wrongfully imprisoned in the Black Iron Prison after surviving a crash landing into Callisto. The first chapter, Cargo, serves as an introduction to the lead characters and events that sets off the story of the game, as well as brief tutorial of the game’s controls.

In this guide, we will go through the events in Chapter 1: Cargo of The Callisto Protocol, sharing tips and listing down any collectible that can be found in the chapter.

Chapter 1: Cargo starts off showing a cam footage and a news report of the massacre at the Europa station and a quick snapshot of Dani Nakamura who will be playing a part in the later chapters. We then get to see the protagonist of the game, Jacob Lee, accompanied by his colleague Max as they head to the same Europa station. You’ll eventually gain control of Jacob after the short dialogue between the two.

Once you’re in control, head towards the back of the ship and enter the first cabin to your left where you’ll find Data-Bios #1: Jacob’s Job inside the marked container. From here on, continue following the linear path through the ship and the cargo hold.

Return to the cockpit

You’ll then see the breach on the side of the ship; peek through it to get The Outer Way achievement. Continue past the breach and you’ll get your next objective which is to return to the cockpit. Sneak around the enemies until you reach the bridge. Dani and her men will try to chase you down, but you’ll manage to get back into the ship’s controls. Because of the damage on the ship, it crash lands into Callisto.

You’ll then be rescued by Black Iron Security, but after a phone call from an unknown caller, Jacob will then be suddenly taken in as a prisoner instead, along with Dani who managed to survive the landing. You’ll then be taken into the Black Iron Prison as an inmate.

Here are the achievements that can be obtained in chapter 1:

Check out this video by theRadBrad showing the gameplay for Chapter 1 – Cargo: