Weird West tips and tricks all beginners should know

Empower yourself with our 15 most important Weird West tips and tricks for beginners. 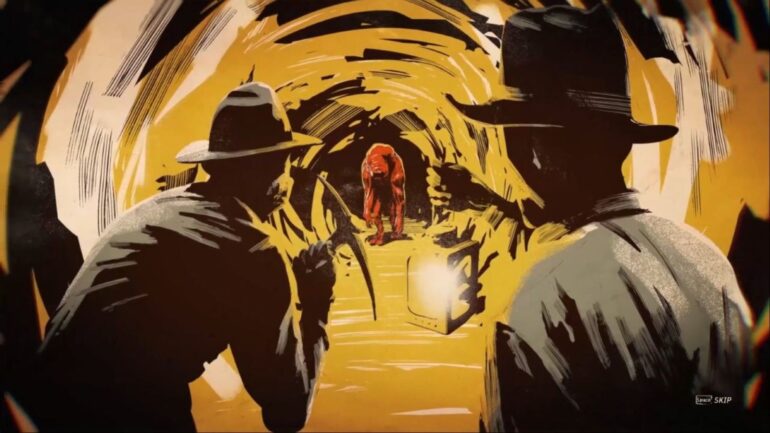 Weird West more than lives up to its name by being incredibly weird so it’s nothing shameful to want tips and tricks for beginners to get you ahead of the curve. Otherwise, you’ll have to learn things the hard way by yourself and there are some things that the game doesn’t tell you.

If you’re just starting out on Weird West and don’t really know what to do, we made a guide that gives you the best advice on how to get a good head start. Here are our 15 most important Weird West beginner tips and tricks.

Ammunition can be scarce, especially at the beginning of the game. Though you can quickly get past this by scavenging and scrapping weapons to fill up ammunition.

Sleep as Often as You Can

Rest in a bed after every fight. You’ll get your hit points and action points restored. There’s no reason not to let your character rest unless you’re in a time-limited mission. Unlike going to the Doctor, healing via sleep is free.

You can make camp on the map to sleep in between going to different locations. Other playable characters can heal via cannibalism.

Keep an Extra Shovel and Pickaxe

It’s tempting to only carry only one shovel and pickaxe in your inventory since they take up space, but keep in mind that they do break and they’re not found as often in the environment as you would like. These are incredibly useful tools that help you dig up valuables.

You can buy shovels and pickaxes at the General Store shopkeeper in Grackle.

Make sure to scavenge meat from dead animals and pick up food along the way because lighting up campfires allows you to cook food that restores your health.

Build Up Your Reputation

Your reputation can earn you some decent recruits for your posse. Some posse members can be hired with money but the ones who follow you willingly are always better. Be the hero everyone likes and you’ll get a lot of folks following your lead. Reputation also affects shop prices. The money you earn can be saved pretty well with a good reputation.

Reputation doesn’t go down so long as you don’t get caught. Posse doesn’t count as witnesses.

Sell Your Junk at the General Store

Selling junk is a good way to earn extra cash. Junk in Weird West takes up inventory space so you don’t want to hold on to it. Sell it at your soonest convenience.

Some junk can only be sold to certain merchants.

Bounty Hunt in Bulk, Get a Horse, and Capture Bounties Alive

Hunting bounties can often give you good rewards and is a reliable way to farm money. Here are a few bounty hunting tips and tricks to make it easier:

Make sure to collect every Gold Bar you find in Weird West. You can melt them down into ores in the Blacksmith’s Forge that can be used to upgrade your weapons.

Two ores of the same type can be smelted in the Blacksmith’s Forge into a bar. You can sell that bar in the bank for some quick cash.

Hire Posse Members At The Bar

You can hire up to two people to follow you around and assist during combat. Some will join up with you for free but you’ll have to hire most for a certain price. You can also recruit your previous characters from your past lives to help you on your journey.

Purchase a Horse as Soon as You Can

Go to the ranch and purchase a horse for $249 as soon as you can afford it. Owning a horse has several benefits. Besides being able to travel faster, owned horses will allow you extra storage, avoid ambushes, and won’t leave you.

You’ll have to buy a horse for each new playable character.

Stealth Approach is the Best

Stealth nudges the advantage to your side in Weird West when numbers are against you, which often are. You can knock someone out by sneaking up behind them and invest in the Sentry Silencer Ability and Ambusher Perk to efficiently snipe enemies from afar.

Sentry Silencer increases damage by 200% to enemies unaware and silences your next rifle shot. Ambusher further increases the damage to unaware enemies depending on how much you’ve invested in the perk.

Posse Can Become Friends For Life

Friends For Life will help you when you’re back is against the wall. Your posse can only hold two members at a given time, but those you’ve kept around for a certain amount of time will become Friends For Life with you when dismissed. So you can feel free to recruit around.

Roll to Put Out Fire

Fire on your person can last a long time. Dodge rolling can put it out immediately.

If you have no quandaries of being morally unscrupulous, then you can pickpocket folks while they’re asleep at night. Some of them hold valuables items such as Golden Ace of Spades which you can use to invest in perks.

Your posse members will react to your crime.