Warlocks are suited for crowd control AoE damage or healing their allies. The Solar 3.0 have reworked some of the class abilities so you need to change your build to make the best warlock possible. 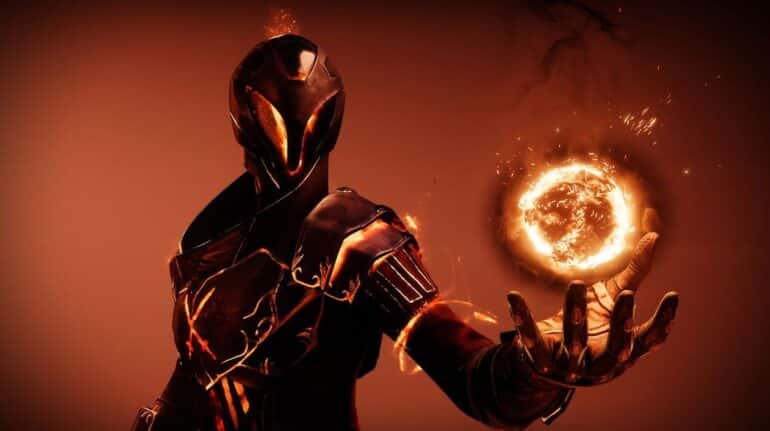 You may be looking for the Destiny 2 Solar 3.0 Warlock best builds. Destiny 2’s Season of the Haunted introduces some reworks for the three guardian classes that change the way they play. They’re still the same character archetype at the core, but they’ve gotten some fancy new makeover in terms of abilities. Here’s the latest for the Solar 3.0 Warlock Guardian.

Here are the best build choices for Solar 3.0 Warlocks in Destiny 2:

In our Solar 3.0 Warlock best build, we focused on creating a warlock guardian that deals damage and applies scorch as much as possible. With the guardian classes reworks that Bungie introduced in Season of the Haunted, you’re going to want to know more about the new builds for your warlock. Read our Destiny 2 Season of the Haunted Brings Back The Leviathan for more information.

When it comes to Super Solar abilities, you can pick between Well of Radiance or Daybreak. We’re already familiar with the throwing swords of Daybreak which can be good for damage dealing. The Well of Radiance offers a good balance between both by dealing damage and inflicting scorch to nearby enemies while simultaneously supporting your Fireteam.

You can choose from Healing Rift, Empowering Rift, or Phoenix Dive. Any one of them are a viable pick but the Healing Rift ability will really bail you and your Fireteam out of a tough spot. It will restore your health so long as you stand inside its radius of effect.

The Incinerator Snap is a great for an offensive build as it scorches targets and deals damage over time. Deal enough scorch stacks to an enemy and they’ll ignite, exploding and dealing more damage to nearby enemies.

The Solar Grenade will allow you to damage and inflict more scorch on enemies. When paired with the Touch of Flame Aspect and Sunbracers the duration of Solar Grenades will be increased.

Read our How to Unlock All Destiny 2 Solar 3.0 Fragments guide for more information on how to get the fragments for you Solar 3.0 Warlock best build.

Check out this Youtube video from Grey Gaming which gives you a break down for a scorch inflicting Solar 3.0 Warlock best build.