Here are the contents of the new Season Pass for this season! 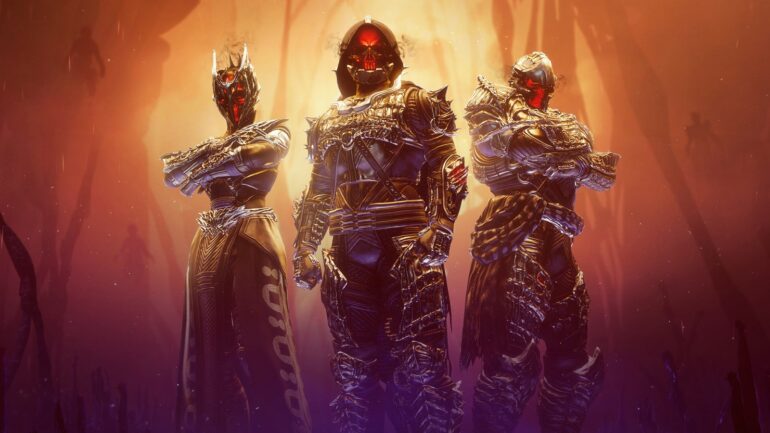 How Much is the Season Pass Premium?

Just like in previous Season Passes, the new Season of the Haunted version will still follow the traditional model that got introduced in Shadowkeep. There is a free track for all players, but there is also a premium version, which costs $10 or 1,000 Silver. For those who have the Deluxe Edition of Witch Queen, they will have that included already.

Check out all of the new content included in the Destiny 2 Season of the Haunted Season Pass for both free and premium tracks:

First is the Instant Exotic Trespasser, which is Shiro-4’s Exotic Sidearm. There are also the Universal Ornaments, which look haunting. Lastly, there are over 100 rewards including XP boost, Exotic engrams, upgrade materials, cosmetics, and more.

How to Get the Trespasser for Both Tracks

The Trespasser will be available for both free and premium players. Premium player instantly get it as a premium reward, while for free track, players will need to reach level 35.

When Will Season of the Haunted Start and End?

How Can You Level Up Fast to Earn All Season Pass Contents Quickly?

There are several ways to earn a lot of experience to level up quickly and earn all the contents for the Season Pass. Players can equip an XP mod for their Ghosts, which can help immensely in gaining more experience. Another is by leveling up normally and use the XP bonuses to boost gaining more experience. Bounties and Challenges that can be completed quickly are also a good way to do it.