Hunters have always been trick shots in Destiny 2. The Solar 3.0 have reworked some of the class abilities so you need to change your build to make the best hunter possible. 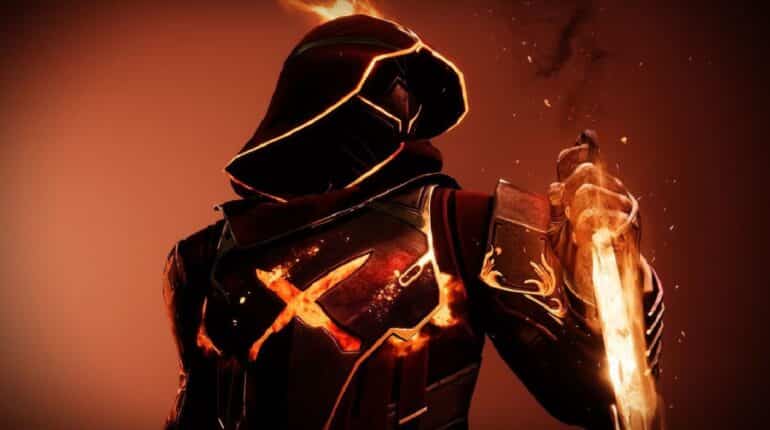 You may be looking for the Destiny 2 Solar 3.0 Hunter best builds. Destiny 2’s Season of the Haunted introduces some reworks for the three guardian classes that change the way they play. They’re still the same character archetype at the core, but they’ve gotten some fancy new makeover in terms of abilities. Here’s the latest for the Solar 3.0 Hunter Guardian.

Here are the best build choices for Solar 3.0 Hunters in Destiny 2:

Even in Solar 3.0 Hunter best builds still revolve around the class’ ability to be a trick shooter. Your build will depend on what type of Hunter you’re going for. The Season of the Haunted introduces quite a few reworks for the guardian classes. Read our Destiny 2 Season of the Haunted Brings Back The Leviathan article for more information.

When it comes to Super Solar abilities you have three choices. The Blade Barrage launches exploding projectiles at your enemies and some of your equipment can enhance the effect. You have two choices in Golden Guns, Deadshot and Marksman. The difference between the two is that Deadshot prioritizes rapid-firing and gives you more Golden Gun ammo if you cause ignitions. Marksman is more about precision damage that creates you Orbs of Power.

We recommend going with the Weighted Throwing Knife since it deals extra precision damage and adds ignition to targets who are scorched. A lot of your abilities for Solar 3.0 Hunter build will revolve around ignition. The Lightweight Knife is good if you’re aiming to be Radiant quickly.

You have several grenades to choose from but we recommend traps such as Tripmine or Swarm Grenades which are excellent for PVP. But if you’re only interested in PVE aspects in Season of the Haunted, then pretty much any grenade will do.

You should focus on Fragments that boost your Solar abilities which will cause more scorched and ignition. The Ember of Combustion and Ember of Beams are great fragments for this build.

Read our How to Unlock All Destiny 2 Solar 3.0 Fragments guide for more information on how to get the fragments for your Solar 3.0 Hunter best build.

That’s our Destiny 2 Solar 3.0 Hunter Best Build guide. We hope you managed to create the best hunter you can have for Destiny 2 Season 17. Before you go, stick around because we have more Destiny 2 Season of the Haunted content for you to check out.

Check out this Youtube video from IFrostBolt giving you a breakdown of the Solar 3.0 Hunter best build in Destiny 2 Season 17.