A guide on how to participate in the Ancient Arena Zone Event in Diablo Immortal. 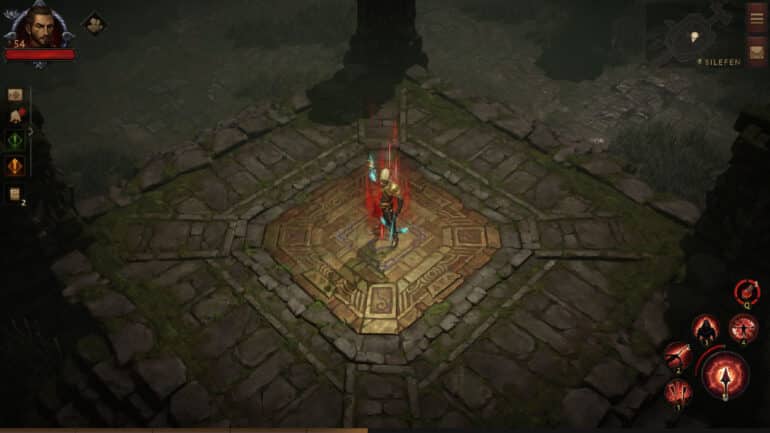 Ancient Arena is a Zone Event that players can participate in Diablo Immortal. This is a PvEvP event where players will have to defeat an Ancient Guardian to open a chest whilst also fighting against other players who have the same goal.

In this guide, we will be talking about the Diablo Immortal Ancient Arena Zone Event, how to prepare for it, and what are the rewards in store.

How to unlock the Diablo Immortal Ancient Arena Zone Event

How to prepare for the Diablo Immortal Ancient arena Zone Event

If you are in the Bilefen Zone, you will see a notification on the quest tracker about the Arena opening up an hour before it starts. It is recommended to head to the Ancient Arena a bit earlier so that you can scout the potential enemies you’ll face, or even try to party up with them to avoid confrontation.

How to complete the Ancient Arena Zone Event

To complete this event, you must successfully open the Nephalem Cache in the Ancient Arena. This can be done solo or even by a party member and happens every 3 hours.

The Ancient Arena Zone Event is a mix of both PvE and PvP, with the latter only happening when certain conditions are met.

When the match starts, an Ancient Guardian will appear and protect the Nephalem Cache that sits in the middle of the arena. Players will have to defeat the Ancient Guardian first in order to be able to open the chest.

Other participants in the Ancient Arena that are not part of your party will be considered as an enemy and can be attacked, and they also can attack you. Defeating the enemy players is not required to be able to open the cache, however they can most definitely interrupt you from opening it. Opening the chest takes around 10 seconds and will leave you vulnerable to any attack.

Another upside of defeating players aside from lowering the chances of being interrupted is that they will drop orbs that will give a temporary boost during the match, so look out for these orbs and try to snatch them before anyone else does.

The event ends once the cache has been opened or if the 20-minute timer runs out, regardless if there are still players or enemies left in the arena.

If players are defeated, they will be sent outside the Proving Arena and will not be able to enter the current arena match again. If a defeated player is part of a party that manages to open the Nephalem Cache, they will still receive the rewards which will be sent to their mailbox.

The Nephalem Chest will reward the victors with the following:

It is recommended to do and win in this event just because of the guaranteed Legendary Item drop, especially if you are working on completing a build.

Check out this video by Leviathan showing how the Ancient Arena Zone Event works: