A guide on how to defeat the Tree Sentinel in Elden Ring. 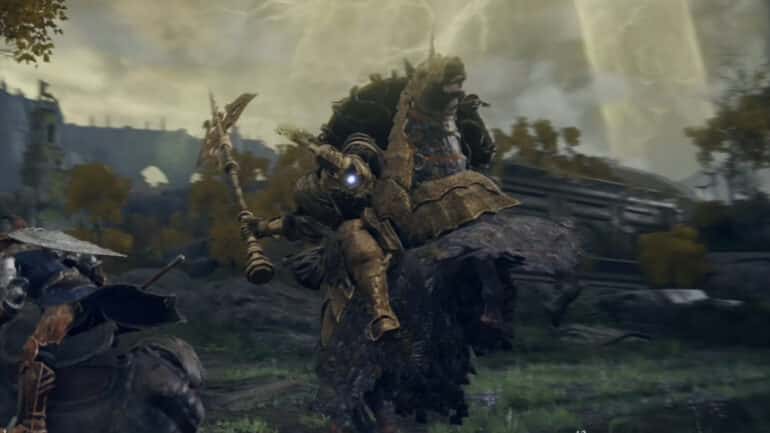 In this guide, we will look into the Tree Sentinel’s attacks and share some tips on how to easily defeat it.

Defeating Limgrave’s Tree Sentinel will reward you with the following:

Defeating Lyndell’s Tree Sentinels will reward you with the following:

Though it’s not necessary, it is recommended to get your mount Torrent since it offers not only mobility during the fight, but any damage coming your way will go towards Torrent until it dies.

The Tree Sentinel will swing its halberd on the left or on the right side of its mount, depending on the location of the player relative to it. It can do underhand swings and overhead swings.

You can time the dodge through the swing, but keep your eye on a second swing that it might do.

Try to dodge away from the sentinel’s close range to avoid getting hit.

The Tree Sentinel and its mount will pounce forward and swing its halberd downward.

This attack can be hard to read because of its speed, but the sentinel usually just does this when there’s some distance between you and it.

The Tree Sentinel and its mount will jump upwards, causing a small AoE tremor that deals damage.

As soon as you see the mount jump in place, dodge away from the sentinel.

The Tree Sentinel will raise its shield up and then use it to bash the player. Depending on which side the player is relative to the sentinel, it will either do this attack (player on its left), or a hip check (player on its right) which is a weaker attack.

Prepare to dodge away when the shield is raised to avoid getting hit. The hip check on the other hand has no apparent tells, but its damage is not as significant, especially if you are riding on Torrent.

Similar to the Raised Shield Bash, the sentinel will use its shield to hit the player, but it instead will bash the shield towards the ground, releasing a shockwave around it that deals damage.

Every time the horse rears up, it’s best to dodge away, or dodge towards the horse’s butt where it’s relatively safe.

Here are additional tips on how you can beat the Tree Sentinel (Limgrave) in Elden Ring:

Check out this video by Tyrannicon on how to do the cheese strat against the Tree Sentinel in Limgrave: