A guide on how to defeat Morgott, the Omen King in Elden Ring. 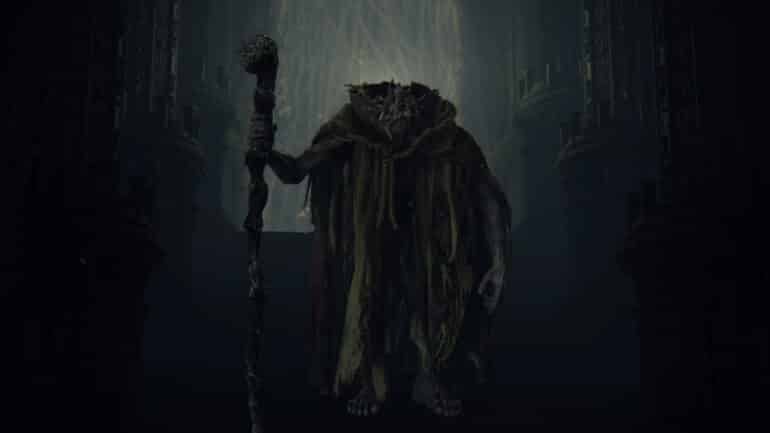 Morgott, the Omen King is one of the demigods in Elden Ring that players must defeat. He is quite an agile boss that can chain extremely long combos , as well as limit parts of the arena by making them unsafe from time to time.

In this guide, we will look into Morgott’s attack patterns and share some strategies that will help in defeating this boss.

Who is Morgott, the Omen King?

Morgott is actually Margit, the Fell Omen’s true identity. He considers himself as the “Last of all kings” as he sees the other demigods as traitors to their cause. His appearance do not stray away from his Margit identity, except that he now wields a curved blade instead of a staff, and can now summon more Holy-elemental weapons and traps.

Morgott is an upgraded Margit, to say the least. Aside from the switch to a blade, he can now also summon a spear and make swords rain from the sky. He can also make the ground spit out puddles of boiling sand that can knock players down. He can sometimes imbue his blade with his blood to deal a boost in damage.

Morgott’s fight has two phases. He enters his second phase when reaching <60% of his health, at which he will start doing his sand geyser attacks.

Morgott will do slashes with his sword. These slashes can be a combo of an overhand, backhand, horizontal, and an underhand slash. He can also do a 2-hit rolling sword slash by doing an overhand, rolling in the air once before slamming the sword to the ground.

The slashes that he will do and the length of the combo will depend on the player’s position and distance in respect to his. If he is far away from the player, he will do a side to side dash, ending with a spinning slash.

Keep any eye on these slashes. With the blade alone, these slashes can be dodged easily. But Morgott can sometimes summon one of his holy weapons, and that is usually a signal that he will do a more relentless combo.

With two weapons striking one after the other, there’s no more room to dodge through them, so it’s better to dodge away instead. He usually pauses after doing these combos, during which you can go in and punish.

Morgott will summon a holy spear and can do three different attacks.

Take note of the wind up animation to prepare for which spear attack will follow. For the thrust, it is best to dodge to the side. For the throw, pay attention to Morgott’s left feet; you would want to time your dodge just before he stomps his left feet to the ground. You can dodge roll towards the spear and still avoid it completely. As for the poke combo, dodge as soon as he reaches the peak of his jump.

Morgott will summon a holy hammer and can do two different attacks.

For the swing, we will twist his body towards his left, so expect that his blade will be hitting first, followed by the hammer. Dodge through or away from this attack.

As for the hammer slam, also keep an eye on his left foot as you want to time your dodge with the foot hitting the ground instead of looking at the hammer. This is because the delays between the wind up and the attack vary, so it’s best to use his foot as a timing reference instead.

Morgott will summon a holy dagger with his left hand and deal two slashes. He can also throw the dagger and it will split into three in a tight cone pattern.

The attack is quick but it can be dodged. The real danger about this attack is its tell is almost similar to the beginning of Morgott’s very long combo, so be on the look out for any follow up coming from his blade. As for the flying daggers, dodge to the side.

Morgott will summon a holy sword. He will then spin around clockwise twice swinging both the blade and the sword outwards as he rises into the air. He will then slam both weapons down towards the player’s position.

Morgott will summon a holy sword pointed downwards as plenty more appear hanging in the air. He will then thrust his sword down and all of the swords, and some more, will come raining down.

The swords will land on a static X pattern on the ground. Simply go to a clear location to avoid getting hit.

Morgott will summon a holy dagger while crouching towards his right. He will then start slashing away and switch to a sword mid-combo, and ending with a hammer slam.

This is a relentless combo, so dodging through the slashes is not recommended as you will just run out of stamina even before the combo ends. If you have a good enough shield, block through the attacks instead. If not, try to get as far away as possible as soon as you see the dagger being summoned. He will be advancing while slashing, so he can still hit you eventually even if you dodge.

Morgott will enter phase 2 once his health reached <60%. He’ll then get powered up and imbue his sword with some holy element. Puddles of sand will then burst around him and in some other random places. Avoid stepping on these as you can get knocked down. Also, if he slams his weapons on the ground, a sand geyser will appear on the hit spot for a couple of seconds.

The sword combos will be similar in most parts, but some of them will be powered up versions in this phase.

He will imbue his sword with his blood that deal extra damage when hit. The slashes will also leave streaks that linger in the air for a few seconds. He can then do regular sword slashes, or one of these attacks:

For the impale, just try to keep some distance once he has his bloody sword to avoid getting skewered. For the thrust, you can dodge roll through him or dodge to the side.

This is an upgraded version of his hammer swing. After the first swing, he will follow through with a spin, slashing with the blade again and then ending with the hammer swing to the ground.

Dodge away from his close range to avoid getting hit by the swings.

How to beat Morgott, the Omen King Boss Fight

Defeating Morgott will reward you with the following:

Check out this video by SweetJohnnyCage – Narrated Guides & Walkthroughs on how to defeat Morgott: