Love is in the air. Just how extensive is the romance in Fire Emblem Engage? 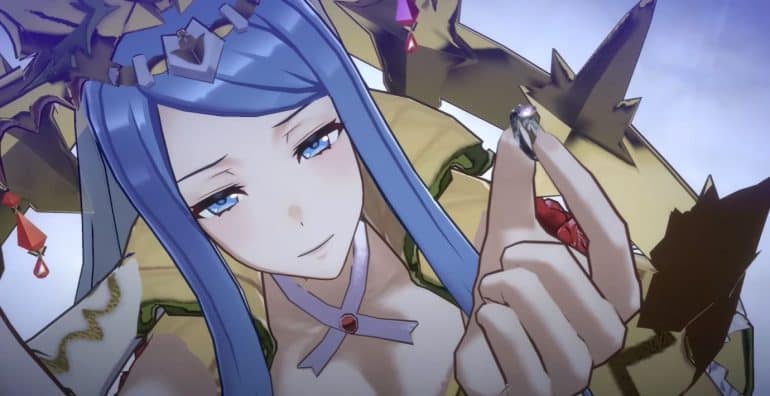 Players who want to have a more intimate relationship with characters will be interested in the Fire Emblem Engage romance options. For a franchise that’s famous for letting you marry off your characters and even playing matchmaker, Engage hasn’t really advertised its romantic aspects much. Let’s talk about romance in Fire Emblem Engage.

Is there romance in Fire Emblem Engage?

From what we know, it seems that Fire Emblem Engage will have romance. Players can romance party members by maxing their bond with them. After getting to S-rank support, Alear can give any romanceable character a Pact Ring.

You can increase your bond with characters by giving them gifts, inviting them to dine with you, or supporting each other during combat. This increases the likelihood of romancing blooming before your final face off with the Fell Dragon. It is important to note that Emblem Rings cannot be romanced in Fire Emblem Engage. And not all S-rank bonds will be romanceable with some characters in your party being purely platonic.

When compared to previous entries, Fire Emblem Engage widely tones down the dating sim aspects in favor of focusing on its strategic combat. There are still a good variety of romance options present in the roster of party members, but this time support levels are maxed out at three ranks instead of four.

Romance need not be the ultimate goal of the bond mechanics in Engage, however. As increasing your support level with characters also provide buffs and useful benefits that make them function better in combat. The same can be said for the Emblem Rings which is the primary mechanic of the game, which levels up your bond with the previous heroes of the past installments the more you fight and interact with them.

Can you marry characters in Fire Emblem Engage?

Unfortunately, you cannot marry characters in Fire Emblem Engage. While marriage and children were two of the most popular features that Fire Emblem is famous for, Engage sadly won’t feature any marriage mechanics that allows two characters to have a child.

It’s a bit of a downer that marriage won’t be available in the Fire Emblem Engage romance mechanics like it was in Fates, Awakening, and Genealogy of the Holy War. On the bright side, this leaves Intelligent Systems with plenty of room to refine the tactical combat that Fire Emblem is known for.

How to romance a character in Fire Emblem Engage?

In Fire Emblem Engage, you can’t just buy your relationships. You can only get a romantic character’s full support (S-Support) by giving them the Pact Ring, which is a late-game item unlocked by completing a special mission. The Pact Ring can be obtained by completing Paralogue #15: The Connector which can be done when you unlock the Garden of Memories. In this paralogue, you’ll need to retrieve the ring before the Inferno gets it. This paralogue appears quite far in the game after collecting all the Emblem Rings.

You can keep the Pact Ring in the Momento Drawer in your Somniel chamber in the player’s HUB area, right next to the bed. A character must be at A-Support first in before they can be promoted to S-Support. When you’re ready to bestow your S-Support rank on your chosen romantic partner preference, you’ll need to remove the ring from its hiding place and locate that person. The option to give them the Pact Ring will become visible after the conversation. The Pact Ring can only be given to a single character, so be careful of your choice, or create multiple save files before committing to one.

To increase romance and relationships in Fire Emblem Engage, one simple technique is to shower your favorite characters with gifts. Check out our complete guide for the best gifts for each character. It’s easy to tell from a character’s personality what they’d appreciate receiving as a present, and the Ally Notebook option in the menu spells out their preferences in detail. The Somniel flea market sells items for all characters.

Also gain allies by fighting beside them in the arena or enjoying lunch with them in the café. Most likely, you will have advanced far enough in the game with your chosen character before you could have obtained the Pact Ring.