Sifu – How to Get the Metal Talisman

A guide on how to obtain the Metal Talisman. 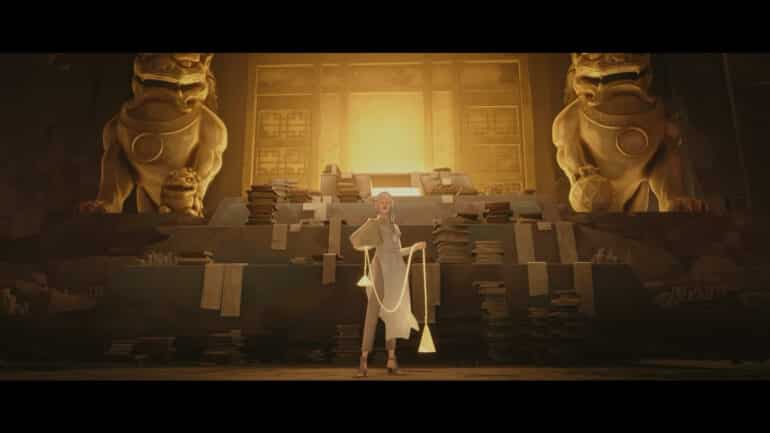 The Metal Talisman is one of the hidden talismans that you can get by challenging one of the bosses in Sifu, but choosing to go for the merciful option rather than going in for the kill.

This is a post-game achievement that you can unlock once you defeat the final boss and challenge Jinfeng once more and choosing to spare her life than end it. Learn what are the requirements and how to unlock the Metal Talisman in this guide.

How to Unlock the Metal Talisman

Jinfeng embodies the element of Metal; sparing her life will unlock the Metal Talisman.

Upon defeating Yang for the first time and going through the end scene, you will get a message from your father saying that showing the enemy that you can break them is enough to make them not fight you anymore. What this means is that you can go for the option of sparing the life of your opponent and just walking away from the fight.

Defeat Jinfeng as you did in your previous runs.

Fill up Jinfeng’s structure by parrying her attacks and then closing the gap to attack her once she is open. Once her structure breaks, let her recover instead of going for the takedown.

Parrying should be prioritized more than attacking since you don’t want to kill Jinfei right away.

Work on filling up Jinfeng’s structure again until its breaking point. You can go on the offensive so long as her structure is closer to breaking than her losing her entire HP. Once her defenses break for the second time, you will have the option to spare her life aside of doing the take down. Just press on the prompt to not strangle Jinfeng. By showing mercy and choosing the latter will reward you with the Metal Talisman.

Tips on How to Fight Jinfeng for the Metal Talisman

What does the Metal Talisman do?

The purpose of the Metal Talisman is just to be an in-game trophy. It does not give any bonuses nor unlock any new skills for your protag.

Check out this video by Kusemek on defeating Jinfeng without taking any damage: