A guide on how to beat the second boss of Sifu, Sean. 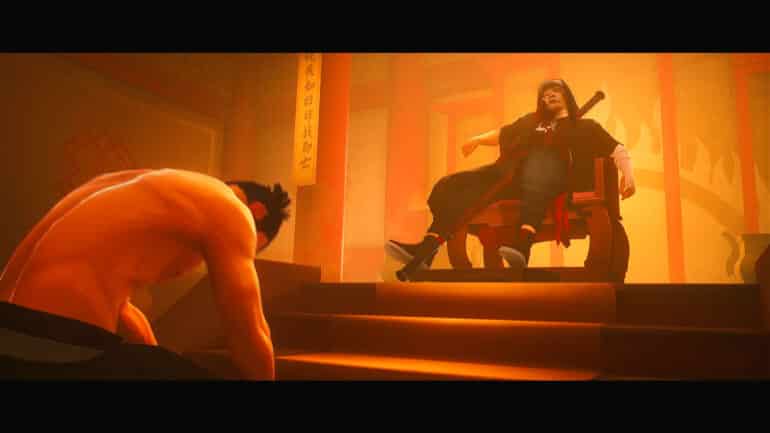 Sean is the second boss that you’ll have to fight in Sifu. He is a master of bojutsu and uses a staff as his main weapon. He is part of the group that killed the protag’s father and is now part of the hitlist for the protag’s revenge. In this guide, we will look Sean’s moves and other tips and tricks to help win the fight against him.

Sean is a childhood acquaintance of the protag as their fathers were both masters and were friends. For some reason, he joined the group lead by Yang that killed both your father and his. He is known as “The Fighter” of the group and seems to be training other disciples under his own dojo.

He also participates in “The Burning”, some sort of an initiation ritual where Sean grabs his student’s arms and sears them with his own burning hand. He bears the fire element within the group and seems to not get affected by fire even if his skin is engulfed with flames.

How to Prepare for Sean

Any weapon would do, even a throwable one since you’ll just use this weapon to throw at Sean as he first charges at you to get an opening and a few its in. There are a number of staffs within the arena that you can grab and use against him.

With the regular route, you can get to use 3 Jade Dragons. It’s recommended to get Focus Reserve (2x at 250XP each), and Weapon Proficiency (costs 500XP) since you will be using a weapon most of the time.

If you’ve gone the longer route through The Squats and followed this Fajar guide, you can swap one of the Focus Reserve for another Focus Regain or a Weapon Durability (if you are <25 years old).

Charge up your Focus Bar/s

At this point, you either have 1.5 or 2 bars of Focus, which is more than enough to dish out the Focus Attacks that you need towards Sean. There are plenty of fighters just a few rooms before Sean’s room, so you’ll have a lot of chances to fill up your bars.

Cheese Tactic for the First Round

Instead of using the staffs as your handheld weapons, you can instead throw them towards Sean to get an opening. Just make sure that you time the throw right, and that’s when he’s in the middle of his staff combo.

The staffs are placed on racks near the walls of the dojo so you would want to alternate between them to get some distance. You can manually pick up the staff to throw it at Sean, but having Environmental Mastery unlocked lets you just kick them towards him.

Once he’s stunned, you can follow up with a Slide Kick to get a longer opening for some more hits. Don’t get too greedy and evade back once he starts blocking your hits upon getting up.

Unless you managed to grab a staff before the cutscene to the second round starts, then you are out of weapons to use in this round. It is still winnable as long as you have the focus and patience to do so.

For this, you would want to get in Sean’s combos and block them to gain Focus. You can parry or sneak in some attacks as well, but your focus is on your Focus. This way, you can then use your Focus moves like Eye Strike or Strong Sweep (recommended) to force an opening. Just rinse and repeat and Sean will be knocked down eventually.

Yes, you can beat Sean as early as age 20 but it takes a lot of skill to do so. If you manage to get through his disciples without dying and execute both Cheese and Focus tactics to a point, then you can defeat Sean at the youngest age possible. Doing so will allow you to start The Museum level at age 20 moving forward.

How to beat Sean using The Club Shortcut

There is also a shortcut in The Club that lets you skip a couple of rooms to beat the boss fight with Sean. However, this alternate route should just be used to rush through The Club with the intent of clearing it on a younger age. You’ll miss out on a lot of fighters so you won’t get a lot of XP in this route.

First, you have to defeat this disciple. Once he’s down, you’ll receive the Disciple’s Pass.

On your next run, you can use the pass on the right door in the dance floor to access a room, which also has another door connected to a hall that leads to the training room, bringing you closer to Sean.