How to Solve the Base Information Challenge in Destiny 2

A guide on how to complete the Base Information Challenge in Destiny 2. 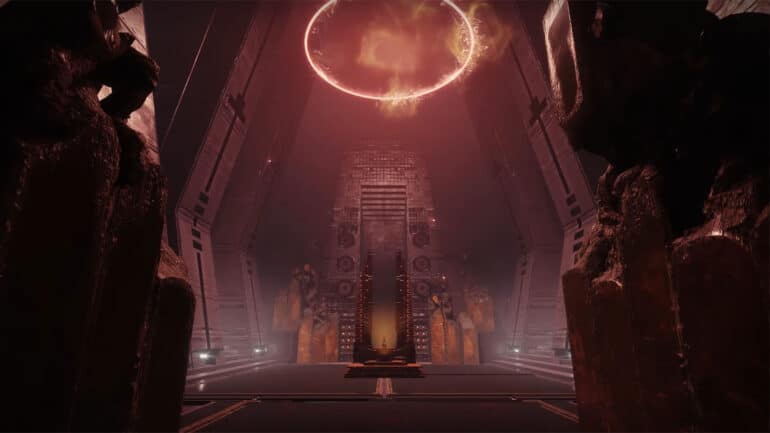 The Base Information Challenge is one of the triumph challenges that can be completed by players in the Vow of the Disciple Raid in Destiny 2. For this challenge, it will put a limit on the players’ symbol-carrying capabilities during a particular encounter, but the effort will be paid off with double the loot when it is completed.

In this guide, we will be talking about how to solve the Base Information Challenge, what are the things to take into account when trying to complete it, and what other tips and tricks to make it easier to complete.

What is the Base Information Challenge?

The Base Information Challenge is one of the triumphs of the Vow of the Disciple raid and is needed in order to unlock its seal. This challenge requires players to only pick up no more than one symbol at a time during The Caretaker encounter in the raid. When completed, it unlocks the triumph for all the fireteam’s members, plus it will reward the team with an additional chest by the end of the encounter.

How to complete the Base Information Challenge?

Doing the challenge itself is easy as it will just require the symbol runners to do more trips to fill all 9 symbols in the obelisk since they’re only allowed to pick up one symbol at a time. In order to do it, two players will be assigned as runners who will then go to the dark chamber one by one to collect a single symbol.

Once a player grabs a symbol, they will receive the Heightened Knowledge buff indicating a symbol is on hand. Grabbing another symbol while another one is on hand will give the Brimming Knowledge buff which will instantly mark the challenge as failed.

The runners will then have to switch roles as one goes in and the other one stays out since anyone who enters the chamber will get the Pervading Darkness debuff. The longer the player stays in the chamber, the more stacks of the debuff they will get, and when it reaches 10 stacks, they will be insta-killed. While waiting for the debuff to wear off, the player waiting outside can help with the ad clear for a few seconds until their turn comes.

Both players will have to do a total of nine trips into the chamber. Although the runner role is the easiest role for this encounter, players assigned as runners should still be good at traversal, quick on their toes, and should be able to survive the Wizards that are inside the chamber. The DPS portion of the encounter will not start until the obelisk is complete, so doing the obelisk mechanic right the first time is crucial.

The stunners and add clearers don’t necessarily have a direct involvement with the obelisk mechanic, but they still have the important roles of buying time for the runners to complete the challenge by keeping the boss away from the obelisk. Normally, these roles stay on what they do and don’t switch out to get symbols as explained further below.

Role Composition for the Base Information Challenge

The 2-2-2 composition among runners, stunners, and add clearers is usually more than enough to complete the challenge. However, players can switch it up by doing other combinations such as the 3-3 switch where three people grab symbols while the other three stall the boss, and then switching roles later, lowering the number of trips to just three in total.

However, this composition is a bit risky since the boss might be able to progress closer to the obelisk during the switch’s downtime. It is still a doable method that more experienced players can do, especially if they are capable of handling the role switch smoothly.

Check out this video by Fallout Plays showing how to complete the Base Information Challenge: