A guide on basic Sorceress skill builds in Lost Ark. 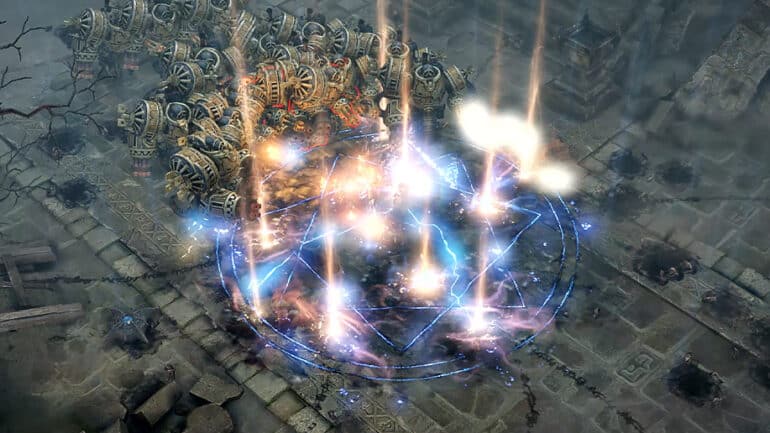 A Sorceress’ Build in Lost Ark and skill set is mainly composed of spells that harness the power of the elements. Within the current available mage classes, they are the ones who excel in dealing damage in a large area as well as in crowd-controlling mobs.

The Lost Ark Sorceress skills are usually mostly offensive ones that sweep enemies from the arena, but there are also spells that offer utility such as ones that provide a defensive barrier and ones that debuff enemies. Unless you spend premium currency to unlock the other loadouts, you will have to make the most out of the ones that you have and make sure that you invest your skill points on the skills that matter.

In this guide, we’ll look into the possible Sorceress builds that you can try depending on your type of gameplay. We will mainly focus on the skills build with max level 60 and assuming all quests that provide extra skill points are completed (380-414 skill points). With the latest updates and the raised level caps, certain skills can be leveled up to 11 and 12, but we will look into those on a separate guide.

For the Lost Ark PvE Sorceress Build, the skills are built with the objective of dealing the most amount of damage to as many enemies on the screen as possible. The skills are also modified to keep the enemies at bay to make sure that your squishy sorceress will be out of harm’s way.

For the Lost Ark PvP Sorceress Build, more skills that provide utility and defense are switched into the list. Due to the sorceress’ low mobility, some skills are modified to debuff enemies while some are modified to have either faster casting time or to have a more direct attack pattern.

The Mixed PvEvP Sorceress Build is the PvP build that is slightly modified to include more offensive skills to the loadout. It maintains a moderate amount of defense, while still being viable to use for just mowing down mobs in the field or in dungeons.

Check out this video by Vulkan on an in-depth look of more Sorceress builds: