A guide on basic Gunslinger skill builds in Lost Ark. 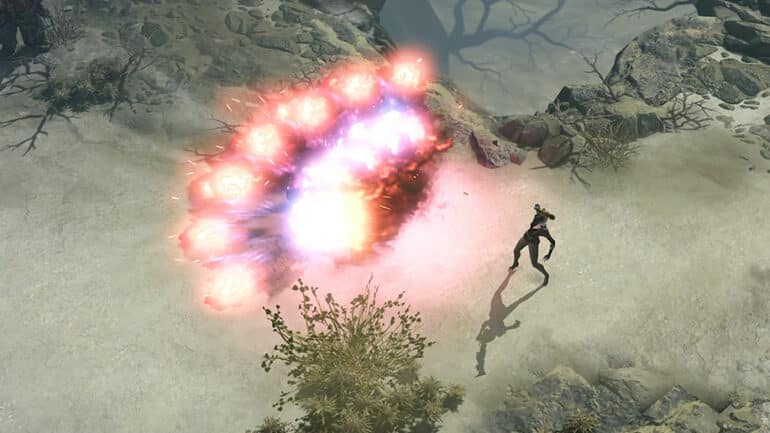 A Gunslinger Build in Lost Ark usually have players juggle between their handguns, rifles, shotguns, and even their mines at some points. All of them should be utilized in order to cover a large area, from the close range until the far range.

With all the firearms that you carry, there are plenty more skills that you’ll have to figure out and master to find which skills will work for your playstyle. You’ll also have to consider the challenges that you’ll face and adjust your style accordingly. Thankfully, Lost Ark gives players at least 2 skill loadouts to work with, and plenty more to unlock in various ways.

In this guide, we’ll look into the possible Gunslinger builds that you can try depending on your type of gameplay. We will mainly focus on the skills build with max level 60 and assuming all quests that provide extra skill points are completed (380-414 skill points). With the latest updates and the raised level caps, certain skills can be leveled up to 11 and 12, but we will look into those on a separate guide.

For the Lost Ark PvE Gunslinger Build, it’s mainly built for aggression and crowd-control, with skills that deal massive damage in a wide area. This build mostly has handgun skills, with a couple of rifle and shotgun skills in the mix.

The Lost Ark PvP Gunslinger Build gives more mobility to keep some distance away from your foe and also provides the ability to dodge. Attacks with this build are hard-hitting bursts.

The Mixed PvEvP Gunslinger Build is a slightly modified PvE build, good for mobs and field bosses, and can still compete within the arena.

Check out this video by LuisNoLimit on other aspects of the Gunslinger builds: