A guide on basic Berserker skill builds in Lost Ark. 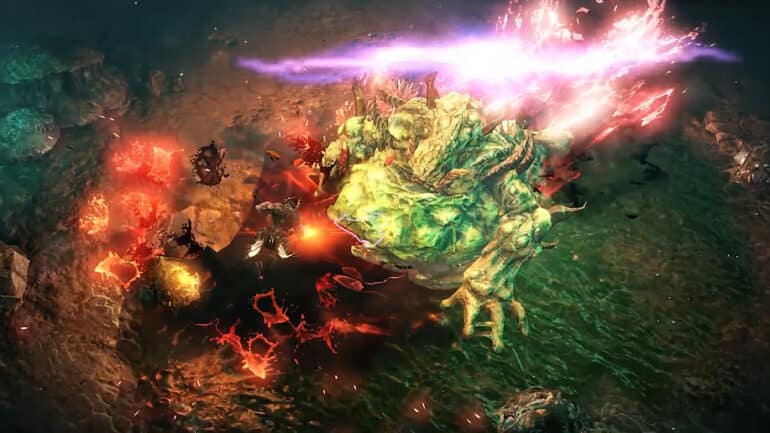 A Berserker build in Lost Ark is usually focused on offense and staggering, making sure that you don’t give your opponent the chance to strike back. If you play as a Berseker in Lost Ark, you’re the type who likes to use brute force and destruction against everyone who oppose you.

Lost Ark’s character progression can be overwhelming, especially with the abundance of skills. Yes, you can just slash away through hordes of enemies and pick whatever skill you fancy, but at some point you’re gonna wanna have to focus on a skills build to make your crusade of destruction a bit more efficient and visually rewarding.

In this guide, we’ll look into the possible Berserker builds that you can try depending on your type of gameplay. We will mainly focus on the skills build with max level 60 and assuming all quests that provide extra skill points are completed (380-414 skill points). With the latest updates and the raised level caps, certain skills can be leveled up to 11 and 12, but we will look into those on a separate guide.

For the Lost Ark PvE Berserker build, you want to focus on dealing massive damage within a wide area. Instead of going for skills that have knockback where you will have to chase after enemies, you would want to pull them closer to you first before dealing your strikes. In short, this Berserker build is meant to excel at controlling crowds.

The Lost Ark Berserker build for PvP is slightly different. Since you’ll be fighting against other players who are on par with your aggressiveness, this build includes skills that knockback and stun the enemies to keep them at bay.

The Lost Ark Berserker Build for PvEvP is a balance between the aggression and crowd-control capabilities between the PvE and PvP build.

Check out this video by Claysthetics which shows a comprehensive guide for other specialized Berserker builds: