A guide on how to defeat Aurion in Lost Ark. 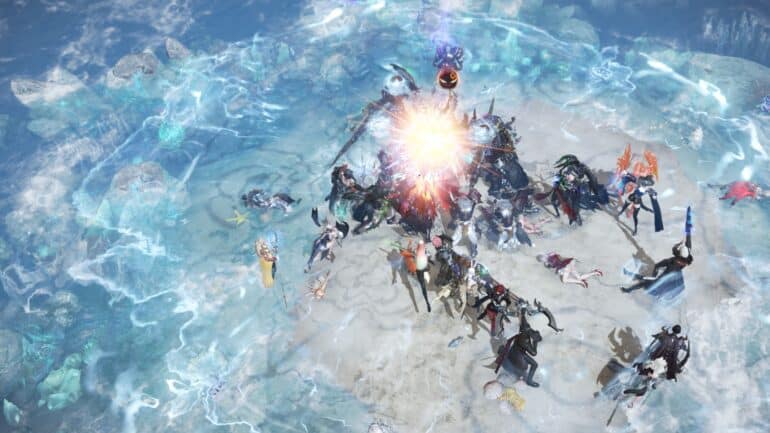 Aurion is one of the world bosses that players can challenge in Lost Ark. Unlike other field bosses who can be found within the major continents, Aurion spawns at a very small island outcropping in the middle of the sea.

In this guide, we will look into Aurion’s attack patterns, and share some tips and tricks on how to defeat this boss.

Where to find Aurion in Lost Ark?

Aurion spawns in Wildwater Island, north of Rethramis. The closest port that you can sail from is at Tideshelf Path at Punika. Since Aurion is a Field Boss, he can only spawn at certain times of the day, and at certain days of the week.

It’s best to check ahead on when Aurion spawns by going to the Calendar on the upper left corner of your screen. Just go through the dates and check under Available Content > Adventure Island to see if Aurion will spawn on that day. You can also set an alarm within the calendar for it to make sure that you won’t miss out.

Alternatively, you can click on the alarm icon on the upper left corner of the screen, then click on the gear icon to access the All Alarm Settings. Go to the Field Boss category, and hover over Aurion to see his schedule for the week. You can also set an alarm for it through this method.

How to defeat Aurion in Lost Ark?

Prepare for the fight

Being a field boss, lots of players can join in to fight Aurion. The recommended gear score to fight him is at iLvl 1385, but players with at least iLvl 1325 can still deal damage against him. This means you should have at least a Tier 3 gear set with all the pieces having at least +3 upgrade levels each.

Do not try to be in the island having an iLvl less than 1100. Not only will all your damage be blocked, you will also prevent other capable players from joining the channel where the fight is happening. Just focus on pumping your iLvl up and do your challenge attempt once you have leveled up enough.

Given that you are fighting Aurion in a very small patch of land, you’re almost always going to get hit by one of his attacks. Nevertheless, some of them can still be avoidable or survivable, so it’s still a good idea to know what are his attacks’ tells.

Defeating Aurion will give you the chance to get these rewards:

How to get the Wildwater Island Soul?

The Wildwater Island Soul is a chance drop from defeating Aurion. If you don’t get one upon defeating him, just wait for the next day that Aurion will respawn and try again.

Check out this video by Extra Salt on how to defeat Aurion: