An overview of the Starlight Isle in Lost Ark. 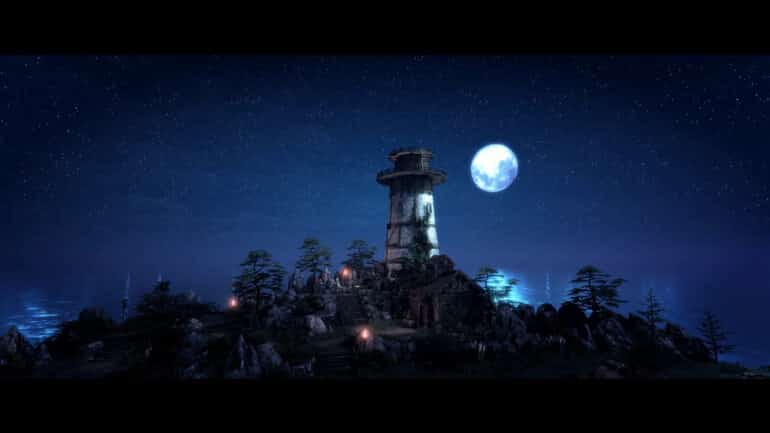 In Lost Ark, Starlight Isle is one of the islands in Arkesia that you can travel to on your boat via sea. It’s a quaint little island that is home to a few inhabitants, some of which have quite a moving story to tell.

How to Reach Starlight Isle

To reach Starlight Isle in Lost Ark, you first have to unlock Sailing by reaching character level 35 and completing the Wavestrand quest line in Wavestrand Port, East Luterra. Just go through the main story and you will eventually start the quest line.

From here on, you will be able to access a new game mechanic called Sailing which will allow you to build your own ship and sail through Arkesia’s seas with your crew. This will be your main transport to Starlight Isle and the rest of the islands as there are no Triports that you can use for fast traveling.

You will have to prepare for your voyage and make sure that your ship and your crew are ready to face the dangers of the sea. Though you can set sail as early as level 30 or 40, it is recommended to reach at least level 50 and have an item level of 250 and you may also have upgrade your ship to ensure that you’ll survive the voyage to Starlight Isle.

Where is Starlight Isle?

Starlight Isle is on the eastern region of Arkesia, within the Sea of Gienah and in between the island of Pleccia and Anikka.

Favreau is the starkeeper of Starlight Isle whose task is to guide lost souls to heaven. He is still mourning for the loss of his wife, Eileen, finding it hard to continue his obligation as a starkeeper. He has a daughter named Lena who lives with him in the island.

Favreau is also a merchant that sells a bunch of stuff such as Crew Application Forms, a collectible Masterpiece, a Sail Glyph, and the Song of Starlight.

Lena is Favreau’s daughter. She wanted to help her father move on from the loss of her mother so that he could get back up his feet.

There are 2 Mokoko seeds present in Starlight Isle.

What are Island Tokens in Lost Ark?

Island Tokens are another set of collectibles that can only be obtained from the numerous islands spread across the seas of Arkesia. These island tokens can be obtained in different ways, such as through quest rewards, boss rewards, dungeons, or a reward for reaching a certain level or NPC rapport.

As you collect more Island Tokens, you’ll get more rewards ranging from a Greater Stat Increase Potion, to a Procyon Statue that you can place in your stronghold.

Check out this video by Leaving Sunset of his reaction on the final scene of the Starlight Isle quest line (some spoilers):