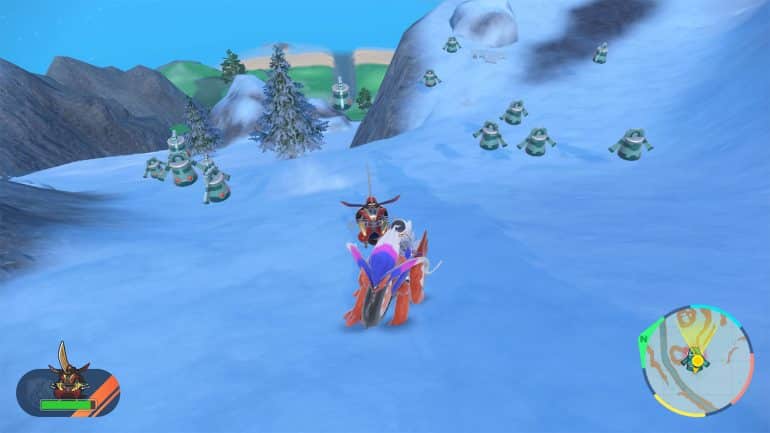 Mass Outbreaks are instances where a huge number of Pokémon, often of a single species, spawn in an area for a given amount of time. This kind of phenomenon has been observed in as early as Gen 2 games and has been giving players opportunities to find rare Pokémon, and most importantly, even shiny Pokémon.

In this guide, we will be talking about the basics of Mass Outbreaks, what they are for, and how to take advantage of one.

What are Mass Outbreaks in Pokémon Scarlet and Violet?

As briefly mentioned, mass outbreaks are a gathering of Pokémon in huge numbers ranging from 120 to 150 in a local area. They can happen in almost all wild areas in Paldea and almost every species can have its own outbreak, excluding legendaries, mythicals, and the starters for the region.

There can be around 4 to 5 mass outbreaks that happen simultaneously, and each mass outbreak lasts for an entire day or until all of the spawns in a given outbreak have been defeated, caught, or have fled away. Every real-time day spawns another batch of mass outbreaks of different Pokémon.

How to spot Mass Outbreaks

Mass outbreaks can be seen with the use of the map. Locations that have ongoing mass outbreaks will show either an icon of two white generic Pokémon heads that have a purple glow with a question mark on top of it if you haven’t seen or recorded that particular Pokémon yet, or an icon of the particular Pokémon of top of the glowing marker. To not confuse it with the local spawn markers on the map or mini-map, always look for the glowing marker below it.

As you approach the area of the outbreak, you will also get a notification on the top right corner about it on top of the sight of the dozens of Pokémon that will be roaming around in the area.

What are Mass Outbreaks for?

Mass outbreaks are good for a couple of things like Let’s Go EXP training or farming for Pokémon materials, but the main purpose for going into mass outbreaks is to hunt for shiny Pokémon.

You will also get a notification on the top right corner every time you reach a certain threshold of caught or defeated Pokémon, so you’ll get a sense of how much you are progressing within the outbreak. Eventually, you’ll get another notification saying that the Pokémon in the outbreak has dispersed signaling that no more Pokémon of that kind will spawn under the mass outbreak.

The method is almost similar to how the chaining method works in previous games, but it’s slightly different as you don’t have to worry about breaking the chain in case you bump into a different kind of Pokémon.

Here’s the spawn rate of shiny Pokémon during mass outbreaks:

With the Shiny Charm:

How to Reroll Mass Outbreaks

Rerolling mass outbreaks may mean one of two things; rerolling the entire map’s outbreaks for the day, or rerolling the Pokémon within an ongoing outbreak. Both ways have different purposes, but just a forewarning, these methods will be exploit-y in nature, so do at your own risk.

Rerolling entire mass outbreaks in a map naturally happens whenever the game detects that it’s currently in a new day. This means that the game can easily be tricked to think it’s a new day by changing the day or hour in your Switch’s time and day settings. Doing so will reroll all existing mass outbreaks, which means that the current ones will disappear and new ones will appear in different locations. This can be useful if the current outbreaks do not have the Pokémon that you are going for.

Rerolling Pokémon within an outbreak works differently and is mainly done for the purpose of shiny hunting. This takes advantage of an exploit in the game where setting up a picnic within the outbreak and then packing up immediately afterwards will force the game to respawn the Pokémon around the area, effectively forcing a shiny chance roll on the new spawns. This can be done several times until a shiny finally spawns in. In essence, having a Shiny Charm and Sparkling Power Lv.3 should also lower the number of times a picnic has to be set.

Once again, these methods will require you to play out of the intended experience of the game. Though there have not been any reports yet where the developers have taken action to prevent these exploits, it’s best to take the side of caution. There is also the possibility that a future update may patch these loopholes, too.

Check out this video by The Game Looters showing how mass outbreaks work: