A guide on how to quickly earn Zenny in Monster Hunter Rise. 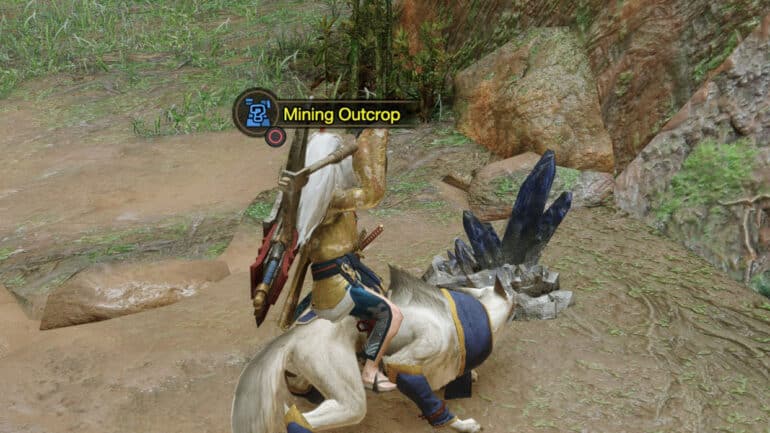 Zenny is the main currency of the Monster Hunter world and is an essential thing to further progress a hunter’s weapons and gear. As hunters get higher tier gear and weapons, and upgrade them to their fullest potential, the cost increases substantially high, so some zenny farming is necessary.

We’re going to talk about how to earn zenny efficiently, what methods of farming are the best, and how to prepare to get the optimal zenny farming setup.

One of the best zenny farming route so far can be done by mining ores in the Flooded Forest. In order to optimize the farming route, a few things have to be prepared first.

Geology allows you to get more ores per node and each level of Geology that you have, the higher the chances that you get for getting extra ores.

Palicoes with the Gatherer trait can gather more often and therefore can help you get more ores at the end of a run.

Maps usually have an upsurge of different gathering spots where the amount of materials that you get are almost tripled. If the expedition for the Flooded Forest is not for mining outcrops, then you can do a quick quest, then check back with the Hub maiden until you get the right upsurge.

Make sure to unlock the Sub-camp 1 at Area 11 by exploring the area and talking to Kagerou the Merchant to get the camp quest. You’ll then have to defeat 8 Wroggis and report back to Kagerou to complete the quest. The sub-camp will allow you to quickly access some areas quickly, especially if you want to do the 5-minute run.

This route is based from a guide made by U-tarou Games ゲーム実況 (YouTube) and it goes through most of the mining outcrops throughout the Flooded Forest. Here’s the route:

If you have prepared and practiced your wirebug skills well, it is possible for you to clear this run in less than 5 minutes. Doing so will allow you to complete the quest and do another run without losing the mining outcrop upsurge.

Each run can net you around 180,000z to 250,000z worth of ores depending on how lucky you are in getting Novacrystals from the outcrops. You can also choose to simply do multiple runs in one expedition as the outcrops will already have respawned after every run.

If you would like to try out how to do the 5-minute run, check out this video by gaijin hunter:

The Cohoot Nest in the Buddy Plaza can give different kinds of items; sometimes very valuable items can be found in here. This nest can be found on top of the tree where the Buddy Shrine is at. You can climb the vines at the back side of the tree and you will find the nest.

The items that you can get here are at random, but you have the chance to get either a Golden, Silver, or Steel Egg which can be sold for huge amounts of zennies.

The nest gets replenished every other quest, so you can make it a point to check the nest in between your Flooded Forest farming runs.

Speaking of Golden Eggs, the Sonic the Hedgehog collab quest is also a good way to get guaranteed Golden Eggs per run. This method requires some practice as you need to gather 200 rings in less than 2 minutes to get an egg. Here’s a video by FaonLait showing a route that completes the quest in under 2 minutes:

Sell Valuable Items from the Argosy

Rondine at the Argosy can sometimes sell valuable items in exchange for points. The more lucrative items that she sells are the ores which can fetch a lot of zennies when sold. Here are the sell prices: