Making The Knights proud of your work in Star Ocean 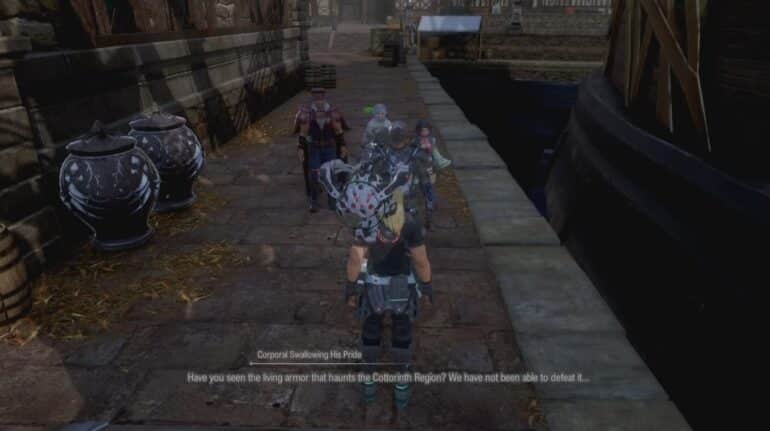 The Immortal Knight is a side quest in Star Ocean: The Divine Force that can be found in the Seaport of Cotto. Read on, and this guide will teach players how to easily complete this quest and what rewards await them.

How to Start The Immortal Knight Quest

Players must head to the Seaport of Cotto and talk to the troubled corporal. Talk to him and ask him what’s wrong and he will task you with defeating enemies found in the Cottonrinth Region.

How to Complete The Immortal Knight Quest

Upon receiving the quest, players must head to the Cottonrinth Region and defeat 5 Grendelian Soul Enemies. Luckily, in that area, there are tons of them so taking them out in groups will only take one or two battles only. Once players defeated them, return back to the corporal and the quest is cleared.

Once the quest is completed, players will receive the following rewards that can be beneficial for future endeavors in Star Ocean The Divine Force:

That’s our guide for The Immortal Knight quest in Star Ocean: The Divine Force. For more Star Ocean Divine Force content, players can visit our previous articles to get to know more about the game:

Also watch this video walkthrough by Platinum Reviews to see how to complete Star Ocean: The Divine The Immortal Knight Side Quest.