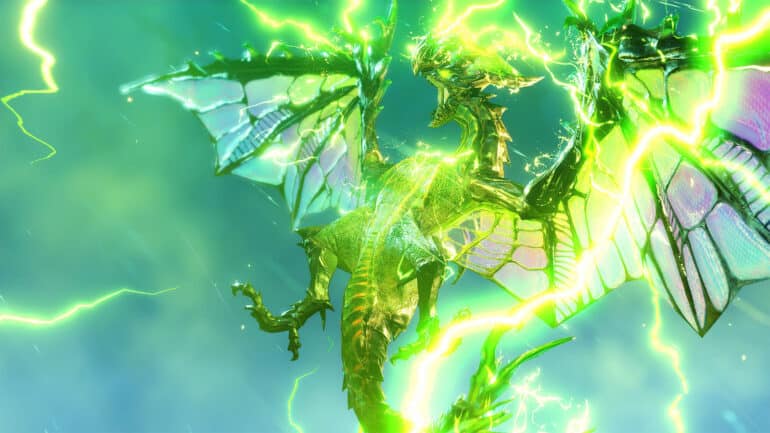 Astalos is a returning monster in Monster Hunter Rise: Sunbreak. Sightings of Astalos has once again risen in Elgado, but now they’re seen in near Kamura which is highly unusual. This sudden migration was found out to be connected to the disturbances that has recently been bothering the people and other inhabitants of Elgado.

In this guide, we will talk about Astalos and share some tips on how to make the hunt for it more manageable.

Astalos is a flying wyvern that is known to shoot out bolts of electricity from its body. It generates this electricity by vibrating and rubbing its scales with each other and stores this energy within its body. Its scales, along with its transparent wings are similar to what you find on insects, though some parts of it are highly conductive.

Once disturbed, Astalos can unleash this stored energy and course it through its horn, its wings, or its tail as it attacks. It can also shoot enough electricity to form a blade from its horns, or moving columns of electricity from its mouth.

Being an electrically charged monster, an Astalos in a normal state is unaffected by Shock Traps and rather gets charged by it instead. However, once it enters its rage state and becomes fully charged, they will become susceptible to Shock Traps as they are not able to accommodate the extra charge that these traps put out.

Astalos’ crest on its head and its neck are equally susceptible to cutting, blunt and shot damage, so hunters should focus on these parts as much as possible. Using any ice element weapon is effective against it, most especially when severing its tail.

It is resistant to most of the ailments and can recover from them quickly, so try to work with blast instead. Also, when it is in its rage state, parts of its body get electrically charged and shown as glowing. Hitting these parts with enough damage will discharge them and once all glowing parts are discharged, Astalos will be taken out of its rage state.

The Astalos has several moves and most of its attacks are charged attacks. Listed below are the most notable moves in its move set.

How to Beat Astalos in Monster Hunter Rise Sunbreak

Astalos will use most of it physical attacks while still in its normal state. As it gradually charges up, it will start using its electric attacks more often. During this time, it’s best to get it as many attacks to its head and neck as you can while it’s still easier to do.

Astalos powers up once it becomes fully charged. Its crest, wing spikes, and tail will glow bright green and become electrically charged. Most of its attacks at this point will cause thunderblight, while its tail can cause paralysis.

The charged parts will become more susceptible to damage and will become discharged once it reaches its damage threshold. If enough parts are discharged, Astalos will revert to its normal state. A broken part can still be charged and will still take a higher amount of damage compared to its uncharged state.

The Astalos Set can be crafted with the following:

The Astalos Layered Armor Set can be crafted with the following:

Check out this video by Boss Fight Database showing a hunt against an Astalos: