A guide about the symbols in the Vow of the Disciple raid and how to find the secret symbol rooms in Destiny 2. 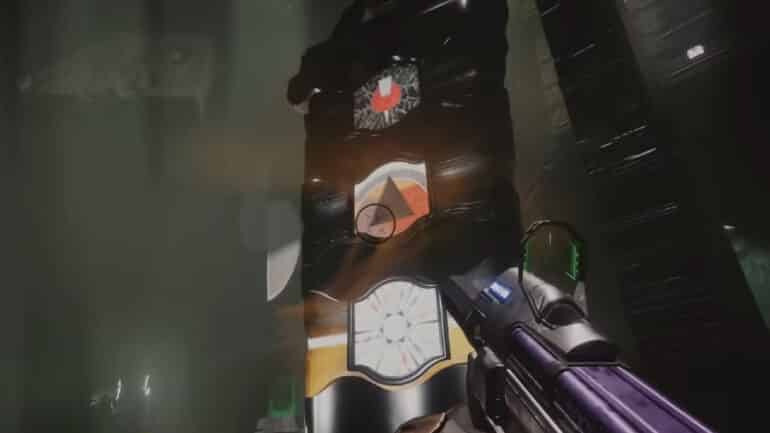 The Vow of the Disciples raid in Destiny 2 has a couple of secrets and extra challenges that will reward those that have keen eyes. Throughout the raid, players will encounter different symbols or glyphs that appear more often and becomes integrated with the raid’s mechanics the further they go into the raid.

Being familiar with all these Vow of the Disciple Raid Symbols and glyphs is essential and even imperative to overcoming most of the challenges in the raid. Not only that, but there is also a clue at every start of the raid that, when followed correctly, will grant an additional reward at the end of the raid.

In this guide, we will talk about the different symbols that can be found in the Vow of the Disciple raid, plus give out the secret locations of the glyph rooms for the bonus reward.

Vow of the Disciple Symbols in Destiny 2

There are 27 symbols that can be seen in the Vow of the Disciple raid. These symbols can usually be found on walls and as projections left by defeated Glyphkeepers. Their main purpose is to serve as part of the raid puzzles where players need to figure out which symbols are relevant for their progress through the raid.

If you plan on joining a Vow of the Disciple raid, it is crucial that you are familiar with the “call-outs” or names that players use to identify the symbols from each other. Some players may use different call-outs, but these are the most common ones:

There is a secret glyph puzzle that players can solve while going through the Vow of the Disciple raid. Solving this puzzle will reward players with an extra chest that contains a guaranteed red weapon, also known as weapons with Deepsight Resonance. Players can do this once per account per week which is a good surefire way to farm for red weapons.

How this puzzle works is upon entering the pyramid into the Disciple’s Bog, players will be able to see a totem with three symbols on it. These symbols are randomly picked from 9 of the 27 available symbols in the raid. What the players will do is to locate the rooms that contain these particular symbols throughout the raid and switch them on by shooting at them.

Each room hosts a specific symbol which does not change through raid runs. This means, once you see the symbols on the totem, you only have to worry about finding the particular rooms that have these symbols and make sure that you visit them as your fireteam passes by the area.

Here are the locations of all the rooms for each of the nine secret symbols:

They key to finding Vow of the Disciple Symbol raid secret locations is to look our for Cruxes of Darkness or the black hovering shards that emanate orange light. Shooting at these shards will open up the passageway that leads to a room holding a symbol. The symbols can be found on the wall at the far end of the room. You’ll see these as blank deactivated slates, and they will reveal their symbol once they are activated. Only activate the symbols that you need for the bonus chest; shoot the symbol again to deactivate it.

Once all required symbols have been switched on, all you need to do is to just defeat the final boss Rhulk and you will be given the chest that contains the red weapon.

Check out this video by Skarrow9 showing all the locations of the secret symbol rooms: