Destiny 2: The Witch Queen All Best Rolls For The New Expansion Weapons 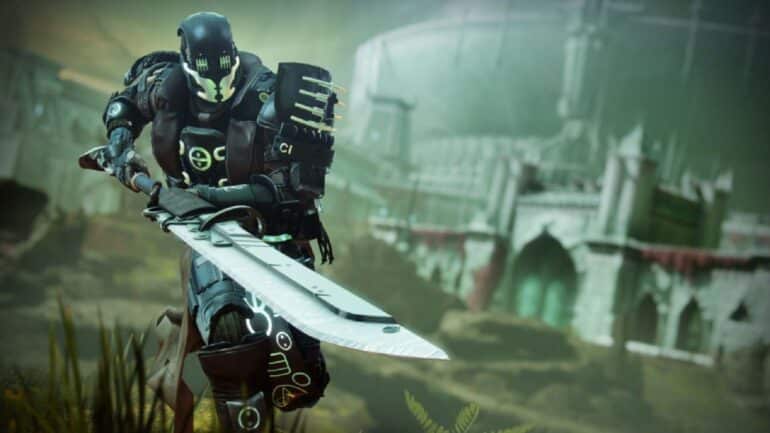 This article is going to be a guide to what are the best Guns to keep along with the best rolls on them in my opinion. This will be mainly a guide about the last two perks of the guns and not the barrel/Mag perks (with a few exceptions) as those do not significantly effect the guns, in my opinion.

These Guns will be given bellow with respect to where they will be available to obtain the guns and Patterns.

These are the weapons are the ones which can acquired directly from the throne world activities and the campaign. So these are tied into the main expansion and requires at least the base Witch Queen Expansion to acquire.

This is a exception as the first weapons which unlocks crafting is tied to the Witch Queen campaign and can only be acquired through that. So in order to craft any gun this is necessary.

The Enigma is a Void Glaive which is one of the two exiting guns in the archetype of weapon. And after the new buffs coming to glaive next season it looks to be pretty viable and fun in PvE.

These following are the guns which are obtained while doing activities through Savathûn’s Throne world. These Gun patters drop randomly in that space. All of these guns are craftable in the loot pool.

Empirical Evidence is Aggressive burst frame 325 RPM Kinetic damage primary weapon. I personally do not care for Sidearms at all but this gun does have a few good rolls.

Forensic Nightmare is a Precision Frame 600RPM Stasis Damage SMG which is pretty fine. It is not remarkable but a good weab pon overall pretty good with stasis rolls.

Likely Suspect is a Rapid Fire frame Void special ammo Fusion rifle with 460 Charge time and it does Void Damage. It is a really good gun in PvP and one of the best released in Witch Queen and pretty reliable in PvE.

Pointed Inquiry is a High-Impact Frame 150RPM void damage Scout Rifle which is pretty good as a workhorse weapon in PvE.

Red Herring is an adaptive frame Void frame Rocket launcher which is ok at best. Having one ready to be upgraded is fine but on a whole it is not that useful in my opinion.

The following are the weapons which can be earned from the Wellspring Activity form the Witch Queen Expansion. They are in a set daily rotation to be earned. The Weapons and their patterns are random drops.

Come to Pass is a High-Impact Frame 360 RPM Primary ammo Arc Damage Auto Rifle with a few cool rolls which are Good in PvE.

Tarnation is an arc Heavy Grenade Launcher which is not really that good in terms other than just low level activities.

Fel Taradiddle is a Kinetic bow with a unique roll with one of the fastest draw time in the game.

Father’s Sins is a Rapid-Fire Frame Void Weapon which is predominantly a PvP Weapon and is not really useful in PvE.

The following are the Guns which drop randomly from the Loot pool. The Witch Queen expansion added nine new weapons to the world loot pool out of which three are craftable. The World Loot Pool has some of the best guns introduced in the loot pool of Witch Queen.

These are the three world pool weapons whose patterns can be collected and crafted through the system.

Syncopation-53 is an Adaptive Frame 390 RPM Stasis damage with good Stasis usability in PvE and some good rolls in PvP.

Ragnhild-D is the special ammo Aggressive Frame shotgun with a few good PvE rolls. And in the 2nd Column i would personally recommend Tactical mag over the rest.

Palmyra-B is Stasis damage Häkke Precision Frame. And with Auto loading is one of the best guns in Witch Queen. It has been the DPS meta for the seaosn and even after an expected nerf it is still a good Gun to have in this year of Witch Queen.

These following guns are the few which were added in Witch Queen Expansion which are not craftable and it has few really good guns with rolls worth chasing. These are random drops in the world and cannot be chased specifically.

Krait is a 720RPM Rapid-Fire Frame primary ammo stasis weapon. It is a overall one of the most reliable PvE weapons introduced in Witch Queen.

Cantana-57 is an arc damage 140RPM Hand Cannon. It is a really good PvP hand cannon.

Ogma PR6 is a Solar damage 450RPM Lightweight Frame energy pulse rifle. It is a pretty non remarkable PvE pulse rifle with a few good roll but nothing really stand out.

Funnelweb is a 900RPM Lightweight Frame void SMG. And it is one of the best PvE guns not just released in Witch Queen but in the game. It is great with Void 3.0 builds and Elemental wells.

Destiny 2 Season of the Risen Weapons

Season of the Risen is the new season which is active from Feb 22 – May 24, 2022 which was released alongside the Witch Queen Expansion. The weapons from the season are all craftable and can be obtained from the Psiops Battle grounds activities for the whole year till the next expansion.

Piece of Mind is a light weight frame kinetic 540RPM pulse rifle. It is one of the best PvP guns in the game and a very reliable PvE gun.

Thoughtless is a Stasis 90RPM special ammo sniper rifle. It is one of the best DPS weapons in the game especially with Enhanced overflow and extend mag.

Sweet Sorrow is a 720RPM arc Auto Rifle. It is a well around fun weapon which is a reliable to use.

Under the Skin (Bow)

Under the Skin is a arc bow. Just like the other craftable bow this has fun and interesting perks.

Explosive Personality is the only arc wave frame Special Grenade Launcher. And with the Witch Queen Expansion more wave launchers have been introduced. It has great PvE rolls for Ad clear.

Recurrent Impact is a stasis Machine gun with good rolls for ad clear and stasis builds.

Guardian Games is the first event to be active after the release of the Witch Queen. And unlike the previous year it brings a new gun to the fray. The gun be farmed from May 3 – May 24 and it drops with the depositing medal doing the event activity. So in this list get this gun as soon you can as the rest of them are year to stay with the Witch Queen Expansion for long.

The Title is the only 750 RPM Aggressive Frame void SMG and is pretty good on its own but one special thing it is going for it is its Origin Trait. Its Origin trait is called Classy Contender and Kills from the weapon grant 5% Class Ability Energy which is a huge for the game. It is not craftable.

On a whole the Witch Queen expansion has had many a guns to grind for and chase and unlike the previous expansions there are ways to craft most of the new guns making it more targeted and guaranteed grind.

Anyway I would recommend trying to get or craft what ever rolls you can in this loot pool. Hopefully RNG is good for you, Guardian.

If you like this guide, check out out other Destiny 2 articles here.

Here’s a video by myfi on Destiny 2 Witch Queen – Top MUST HAVE God Rolls for Season 17: