A guide on how to get to Miquella's Haligtree in Elden Ring. 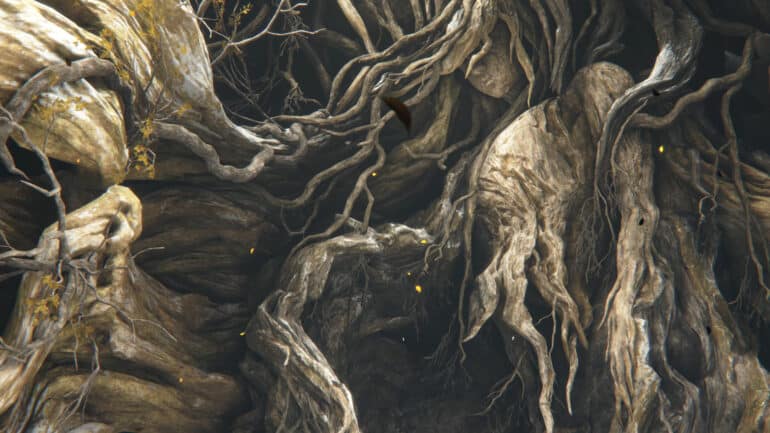 Miquella’s Haligtree is a Legacy Dungeon that players can explore in Elden Ring. Considered as part of Elden Ring’s post-game content, players will have to progress through the entire main story and will have to have leveled up their character high enough to access the location and even survive the journey through the Haligtree.

In this guide, we will talk about what are the steps to reach Miquella’s Haligtree, learn more about its lore, and some tips on how to survive its dangerous denizens.

What is Miquella’s Haligtree?

Miquella’s Haligtree is Miquella’s attempt at creating his own Erdtree. In his search for a cure to the Scarlet Rot that is harbored by his sister, Malenia, Miquella planted a seed and fed it with his blood until it grew into a tree. He later decided to put himself into slumber within the tree to serve as its nourishment, which led to its growth now known as the Haligtree.

Where is Miquella’s Haligtree located in Elden Ring?

Miquella’s Haligtree is located at the northernmost point of the Lands Between depicted on the map. Its secluded location was meant to keep Miquella and the Haligtree safe as he tends to it. But despite that, Mohg, Lord of Blood, was still able to take him away from the Haligtree during his slumber.

The only way to reach Miquella’s Haligtree is to venture up north an find the key that will open up the secret path leading to it.

How to Get to Miquella’s Haligtree in Elden Ring?

The Consecrated Snowfield can only be accessed by taking the Grand Lift of Rold using the Haligtree Secret Medallion. However, the medallion has been split into two. Latenna, who you meet in Liurnia, will give you hints as to where the medallion halves can be found.

Where to find the Haligtree Medallion Halves?

Use the Haligtree Secret Medallion at the Grand Lift of Rold

Once you have both halves of the medallion, head over to the Grand Lift of Rold. While on the lift pad, choose “Switch action” to switch the option from “Hoist medallion” to “Hoist secret medallion”. This will then take you to the Hidden Path to the Haligtree. This serves as a sort of mini dungeon where you will have to fight a Stray Mimic boss along the way. Make your way out of the dungeon to arrive at the Consecrated Snowfield.

Go to Ordina, Liturgical Town and solve the puzzle

In Ordina, you will have to solve a puzzle in the Evergaol. To access the Evergaol, climb up the stairs to the center building and turn right, left, and then another left to get to the back side of the building. Head to an opening past the long stairs and examine the statue holding a book. It will then read “Light the four figures in the evergaol.”

Step on to the platform beside it to be teleported into the evergaol version of the town. Your goal is to light the candles in four spots of the town. Be careful as there is an invisible enemy in the area and once it spots you, it will chase you and try to kill you. You can use the Sentry’s Torch to reveal where it is, but this also makes it easily spot you. In case you die while solving the puzzle, any lit candle will stay lit on your next attempt.

From the pedestal, run across past the staircase and towards the church building. On the side of the wall, climb the stairs up to the highest part where you will see the first candle.

Go down from the first candle and go to the next building using the roof as a bridge. Be careful as there will be archers that will be shooting arrows as you cross. Once you arrive at the next building’s roof, climb up the ladders to find the second candle.

Go back down to the ground and go down the staircase that you first passed by and go towards the building at the far end. Go around it to your left to find another ladder that you’ll need to climb to find the third candle.

Make your way back to the Site of Grace for Ordina and climb the same first flight of stairs you took. To your right is the fourth candle.

Use the Waygate to teleport to Miquella’s Haligtree

Once you have solved the puzzle, make your way back to where the statue and the platform was at and climb the long staircase. At the end of the staircase is where you will find the waygate that will teleport you to Miquella’s Haligtree. As you arrive, you will be able to touch the Miquella’s Haligtree Site of Grace.

How to Get Down Miquella’s Haligtree?

Navigating the canopy can get quite dangerous if you are not careful. For one, you have to tread carefully on top of narrow branches with nothing preventing you from falling off from either of its sides. Then these branches are teeming with enemies that can either make quick work of you in 1-2 hits, or can knock you off the branches to your death.

The enemies that you have to be aware of are the Oracle Envoys that can blow bubbles at you that deal massive damage. You can easily sneak up on them for a backstab as they usually face away from the center of the branch, but if they are in groups, aggroing one will alert the others. You will also have to keep an eye out for Giant Ants and Poison Flowers.

As for the loot, you can find several of them from corpses lying around the branches such as:

Of course, you can fully explore the canopy if you are confident about being able to stay on the branches without falling while fighting off the enemies. But if you want to make it through the canopy as quickly as possible, just make a beeline towards the general direction of where the trunk is at. At the end of the main branch you are on, you can slowly roll and hug the side of the trunk to reach the Haligtree Town Site of Grace below.

You will reach a point where you will be closer to the trunk of the Haligtree and you will start to see buildings on top of branches connected by platforms and bridges. The danger of falling is still present, however you do not have to be as careful navigating through this area as before.

This area is full of rot zombies, Misbegottens, and some Giant Miranda Sprouts out in the open areas. There are also some Lesser Spirit-Caller Snails that you have to search and slay in case you get mobbed by ashes. At around the first few parts of this area, the rot zombies do not really pose a big threat, but when you get to the latter areas, they can run and pounce on you from blind corners.

Giant Miranda Sprouts will summon bolts of light that will rain down an area for a few seconds once they sense that you are in the area. Try to slay them as quickly as possible using something with range to avoid the Scarlet Rot cloud. These bolts of light can still rain down on you even when you are inside a building and it can get quite messy if you get caught by it in a tight space.

Some notable items that you can pick up from the area are:

Loretta, Knight of the Haligtree

Loretta, Knight of the Haligtree is the boss of Miquella’s Haligtree who has to be defeated in order for you to proceed to Elphael. Loretta is mounted on her horse and can quickly reposition and close the gap towards you. Make sure to keep your eye out on her greatbow attack as it hits hard. It does have a long charging time, giving you enough time to react and evade her line of sight, however the number of arrows that she will shoot increase from one to four once she’s at <50% health.

Once Loretta has been defeated, you will be rewarded with the following:

You will also be able to use the Haligtree Promenade Site of Grace. From here on, you can continue your journey down towards Elphael by going down the ladder and taking the lift. Before going down the lift, make sure to check the level above it to get the Ancient Dragon Smithiing Stone. Once you are at the bottom of the lift, you will then arrive to Elphael, Brace of the Haligtree. Make your way towards the Prayer Room to activate the first Site of Grace in this area.

Proceeding towards Elphael through its castle sections and chambers will eventually lead you to the base of the Haligtree where the slumbering Miquella was taken from, and where Malenia is still waiting for her twin brother to come back. You will then have to defeat Malenia in a boss battle.

Check out this video by Arekkz Gaming on how to get to Miquella’s Haligtree: