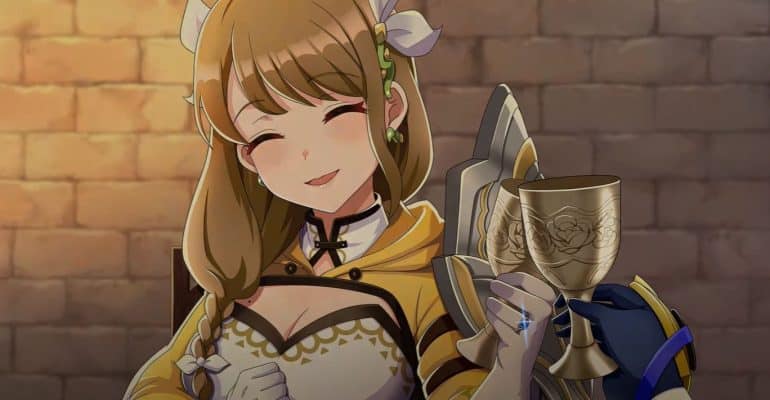 Can You Romance all Characters in Fire Emblem Engage?

Alear can romance any character in their party regardless of gender chosen in the beginning. Once you reach an S-rank bond with them, Alear can give them a Pact Ring.

However, not all S-rank support can be romanced in Fire Emblem Engage. There are characters that are explicitly platonic, while some have flirtatious undertones but are otherwise romantically ambiguous, as stated on the list above.

How to romance a character in Fire Emblem Engage?

In Fire Emblem Engage, you can’t just buy your relationships. You can only get a romantic character’s full support (S-Support) by giving them the Pact Ring, which is a late-game item unlocked by completing a special mission. Returning to Lythos for a last battle towards the story’s conclusion will allow you to access a Paralogue known as the Connector. In order to earn the Pact Ring, you must complete this side mission.

A character must be at A-Support first in order to gain access to the S-Support. You can keep the Pact Ring in the Momento Drawer in your Somniel chamber in the player’s hub area, right next to the bed. When you’re ready to bestow your S-Support rank on your chosen romantic partner preference, you’ll need to remove the ring from its hiding place and locate that person. The option to give them the Pact Ring will become visible after the conversation. Only one person can wear the Pact Ring on your behalf as an S-Support ally, so choose wisely.

To increase romance and relationships in Fire Emblem Engage, one simple technique to gain popularity is to shower your favorite characters with gifts. Check out our complete guide for the best gifts for each character. It’s easy to tell from a character’s personality what they’d appreciate receiving as a present, and the Ally Notebook option in the menu spells out their preferences in detail. The Somniel flea market sells items for all characters.

Also, increase romance and relationships by fighting beside them in the arena or enjoying lunch with them in the café. Most likely, you will have advanced far enough in the game with your chosen character before you could have obtained the Pact Ring.

Can You Marry Characters in Fire Emblem Engage?

Alear will not be able to marry any of the other Fire Emblem Engage romance options. There also won’t be any children as a result from said romance.

Can you romance Emblem Rings in Fire Emblem Engage?

You cannot romance any of the Emblem Rings in Fire Emblem Engage. Although you can increase the bond between the previous games’ heroes and the Fire Emblem Engage characters, the relationship is purely platonic.

Instead of romance, the bond between the Emblem Ring wielder and the heroes they summon from it will be rewarded with powerful new skills and status buffs. Since you can assign anyone of your party members to wear one of the Emblem Rings, that party member will eventually increase their bond with the hero of that ring.